March 23, 2015 (San Diego’s East County) - The lives of more than 8 million Californians may have been put at risk, when the steam generators at San Onofre Nuclear Generating Station (SONGS) malfunctioned. The subsequent California Public Utilities Commission (CPUC) investigation failed to probe into the extent to which Southern California Edison (SCE) was responsible for the facilities “design errors.”  Now  the California Assembly Committee on Utilities and Commerce is calling on the CPUC to investigate the SONGS settlement. 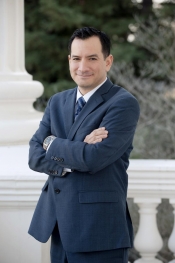 “Anything short of total transparency will be viewed by the public, this committee and history as a complete failure to meet the duties of the commission,” wrote Assemblyman Anthony Rendon, Chair of the committee.

He informed the commission’s new president, Picker, that “your efforts to reform the commission and restore the public’s trust cannot be completed until the dark clouds of the SONGS settlement and the spectre of the process manipulation by your predecessor (Michael Peevey) are fully and completely removed.”

Mike Aguirre, an attorney representing San Diego’s ratepayers, has long been questioning the process that led to a $4.7 billion settlement with the nuclear facility’s owners.

Prior to joining the commission in 2002, Peevey was the President of Southern California Edison.

During his May 14 summary, Aguirre told the commission their representation of “investigation into the reasonableness of Southern California Edison’s deployment of the defective steam generators was a promise of an investigation with the intent not to perform it.”

Peevey resigned in December, after a series of emails between his chief of staff and Pacific Gas & Electric (PG&E) led to concerns that the commission was too cozy with the utilities it was supposedly regulating.

Now it has been revealed that months prior to the “investigation,” Peevey met with with Southern California Edison General Counsel to predetermine the outcome.

His successor as President, Michael Picker, recently admitted the commission has:

“faced real crises in the last few years, from the tragic PG&E gas transmission pipeline rupture in San Bruno that led to the discovery that our safety oversight was severely lacking, to the uncertainty both in the public, and inside the Commission, whether we are fair and even-handed in our actions.

“The most obvious examples are a series of emails that show easy access to CPUC decision makers by utilities and other interested parties. They are troubling and very painful to read. But they are being carefully looked at by federal and state investigations, in which we are fully cooperating.

“Whatever comes out of those investigations, the emails are signs to California citizens, to our stakeholders, and to ourselves, that we may not be ensuring equal access to our decisions and to our decision makers for everyone – our core value of fairness.

“What I can do as President is to make sure that does not happen again.”

“I am encouraged that PUC President Michael Picker provided assurances that he is committed to making improvements to procedures and processes to modernize the Commission and improve transparency,” said  Rendon, in a public statement.

“On a nearly daily basis we hear about new allegations if backroom deals and policies, procedures and an organizational culture at the PUC that continues to undermine the public’s confidence and trust in the committee,” he continued.

“Particularly troubling are the special rules in effect at the CPUC that discourage transparency. For example:

“Hopefully, this is the beginning of a complete overhaul of the culture at the CPUC and a set of reforms to set it on a better course,” said Ray Lutz of Citizens Oversight. “With a new CPUC president in place and this strong action by the State Assembly Cte, we can see a light at the end of a very long tunnel, but a light nonetheless. I attended the hearing and was impressed by the serious tone of the committee.”