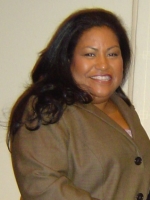 March 26, 2020 (Campo) – After Campo tribal chair Harry Paul Cuero Jr. reportedly refused to recognize a motion or allow a vote on a petition to overturn approval of the new Campo Wind project, as ECM reported, a new petition (posted below this article) has reportedly been presented to Cuero which seeks to remove him and potentially other executive committee members from office.

The petition, which former Chair Monique La Chappa says has been signed by 64 tribal general counsel members, calls for a “vote to stop the corrupt actions of our Campo tribal leadership.” She indicates 64 signatures meets the threshhold which would mandate that  a meeting and vote be held.

But she and others fear the Chair may not respect the tribal constitution or federal laws, citing a pattern of disregarding such requirements in recent years in what La Chappa contends amounts to "a dictatorship," she told ECM an in exclusive interview.

La Chappa previously made the motion on a vote to proceed with the wind project, believing that California Environmental Quality Act setbacks and laws would be followed, and that if placement of a turbine would impact a tribal home, Terra-Gen would negotiate to relocated the turbine or the household, according to comments (posted below this article) that she submitted Mach 10 on the project to the Bureau of Indian Affairs.  She changed her mind, however, after learning more about the project's impacts.

“The General Council was never told about how big the turbines [were] nor the size of the project and how much money we would get,” she states, adding that the General Council was never notified of other meetings.  “There are too many major impacts in the EIS that are not answered …I would not be willing to risk and proceed with the project,” she told the BIA.  “For the record, I am strongly opposed to the Campo Wind project.”

The wind turbines would be the tallest ever erected on land, according to Boulevard Community Planning Group Chair Donna Tisdale. Turbines would cover the reservation and surround homes, unlike an earlier Shu’luuk Wind project that developers pulled out out of, which would not have filled the entire reservation.

La Chappa also objects to a Terra-Gen agreement granting exclusivity to Chairman Cuero and former Chairman Goff, instead of the tribal council. She says during the last meeting, she asked Cuero if he was on the payroll and he stated “No,” but that meeting minutes do not accurately reflect the exchange.

“The lease is giving Terra-Gen full rights to our land and we will have to ask this outside company permission where we can live, hunt, hold ceremonies nd future generations will be limited more than ever in our homelands.   I am asking the Bureau to help our people retain our rights to the land that our ancestors fought and died for us to have,” she says. Her letter further states that the chair refused to allow a vote on revoking approval of the project and asked for the BIA to investigate.

To date, she says, the BIA has not responded.

ECM sent an email to the Campo tribal media representative asking for comments from Chairman Cuero yesterday, but he has not responded. Nor did the BIA respond to an ECM inquiry last month on the earlier petition issues.

The new petition states that the current Executive Committee has failed to hold 75 meetings over the past several years, which are required to be held on the second Sunday each month. It further states that no casino budgets were provided for 2013 through 2018 for members to vote on, in violation of requirements to disclose tribal revenue allocation plans.  The petition accuses the leadership of “concealing income from our tribe.”

It also notes that executive committee members are prohibited from holding a job or position with any firm doing business with the band, without approval of the general counsel, and that the tribe’s constitution provides for removal from office of any officer who does so.

La Chappa spoke with ECM by phone today. She says she delivered the new petition to Chairman Cuero in person on Friday, March 20. Per the tribe’s constitution, he must notify members within 10 days of a meeting to be held within 30 days.

The timing is critical for those seeking to reverse a vote on the wind project approval, since the Secretary of the Interior could sign a notice of approval at any time.

According to La Chappa, tribes on reservation land are not mandated to abide by the state’s ban on meetings, however any meeting could provide six feet of social distancing between participants, she told ECM.

Multiple other members have also voiced frustration over the Chair’s actions and the lack of help from the BIA.

One member who called ECM and asked for anonymity said at the last meeting when the Chair refused to allow a vote, violence ensued.  Some members have sought legal help, but have thus far not found an attorney familiar with tribal law able to help these low-income tribal residents.

While the agency is supposed to respect tribal sovereignty, there appears to be a failure to protect a majority of tribal members if tribal leadership violates their rights to redress within the tribal structure. 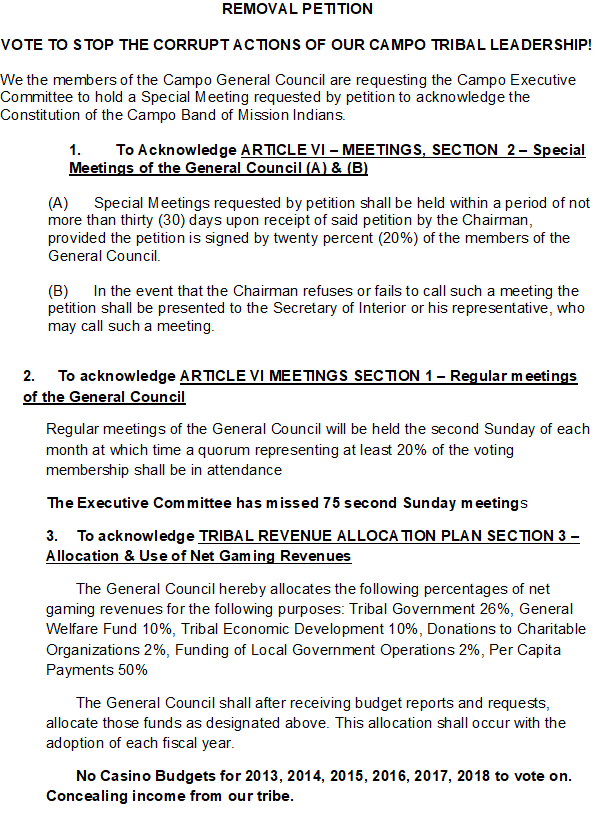 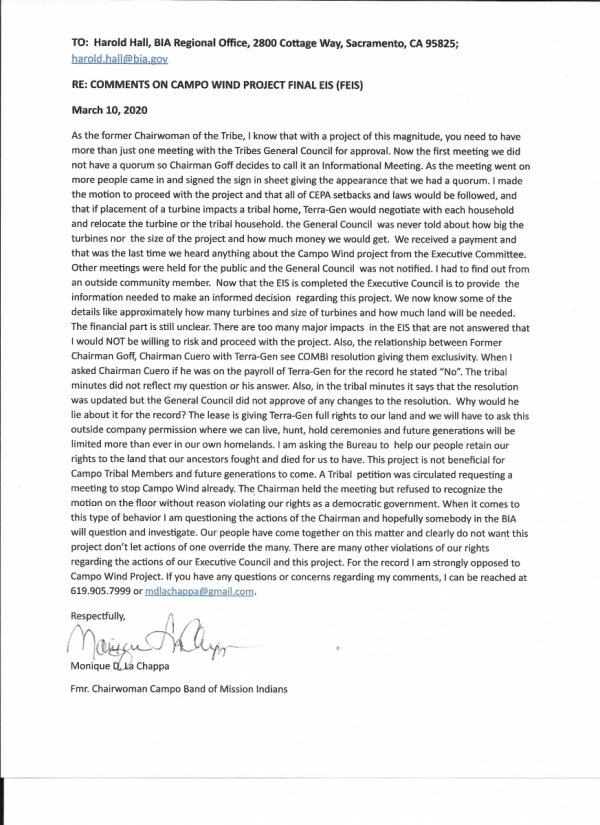