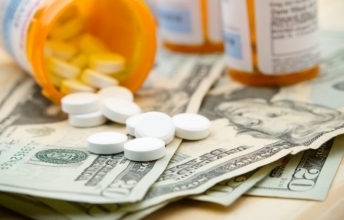 For example, the leukemia drug imatinib retails for $9,657 but cost just $47 at Cuban’s company for a one-month supply. A course of Albendazole, a medication to treat hookworm parasites common in the south, retails for $500 elsewhere but costs just $26.08 through Cuban’s site.

“We started Mark Cuban Cost Plus Drug Company because every American should have access to safe, affordable medicines” Cuban states in a message on his company’s website. “If you don’t have insurance or have a high deductible plan, you know that even the most basic medications can cost a fortune. Many people are spending crazy amounts of money each month just to stay healthy. No American should have to suffer or worse - because they can’t afford basic prescription medications.”

The Mark Cuban Cost Plus Drugs Company (MCCPDC) buys in bulk from drug manufacturers, taking only a 15% markup over costs on the roughly 100 medications that it sells.

The idea originated with Alex Oshmyansky, who reached out in an email to Cuban after hearing the Mavericks’ owner speak out against price gouging by Martin Shkreli, CEO of Turing Pharmaceuticals, which jacked up the cost of Daraprim, a lifesaving drug, from $13.50 to $750 per tablet.

Oshyansky is now CEO of MCCPDC, which is building a pharmaceutical factory near Dallas to ramp up production to further expand its inventory.

Cuban can clearly afford to be generous with consumers; Forbes magazine estimates his current net worth is $4.5 billion.

The company requires a new prescription to fill orders and does not accept insurance, however its prices on many generic medications are far less than the cost of deductibles even with insurance, with even greater savings for those who lack prescription drug coverage.