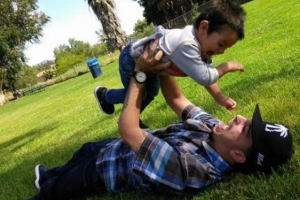 December 30, 2017 (Spring Valley) – A second arrest has been made in the fatal Spring Valley shooting of Candido M. Arragon Jr., 21.  Arragon, father of a toddler son, was shot Wednesday in the back of his head in a vehicle at Conception Avenue and San Francisco Street in Spring Valley.

Alejandro Pearce, 19, of Spring Valley was arrested by the Fugitive Task Force and Sheriff’s Homicide Detail last night shortly before 9:30 p.m. on US Elevator Road after a search of his residence. He is charged with first degree murder and assault with a deadly weapon, and is being held without bail.

On Thursday, a juvenile suspect was also arrested and charged with murder.