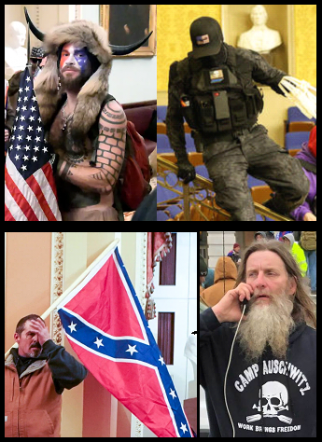 January 18, 2021 (Washington D.C.) – According to the U.S. Justice Dept., more than 100 people have been arrested for federal crimes related to the Capitol insurrection on charges ranging from possession of numerous bombs and other weapons to violent entry and disorderly conduct.

The arrests include a heavily armed man who threatened to kill House Speaker Nancy Pelosi, another who left a note threatening Vice President Mike Pence, and others engaged in acts of violence  Another 275 people are reportedly under investigation related to the capitol insurrection.

The U.S. Justice Dept.has set up a website listing those charged to date. According to the federal site and media reports on CNN, The Hill and other major news outlets, the arrests include these suspects: