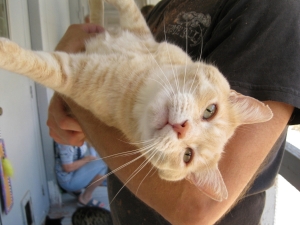 July 13, 2016 (San Diego's East County) - In East County, there is place that welcomes all cats, no matter the age or condition. Friends of Cats in El Cajon is a haven for kittens, adult and senior cats, FIV positive cats and even cats with bad habits or psychological problems! They welcome them all with open arms and take good care of them, providing a safe environment.

Friends of Cats first opened its doors informally in 1929 in Pacific Beach. In 1959, they moved to Bonita until they were flooded out. They then moved to their present place in El Cajon in 1971, and have been going strong ever since, thanks to their dedicated staff and volunteers In fact, Friends of Cats was only run by volunteers until 1971. 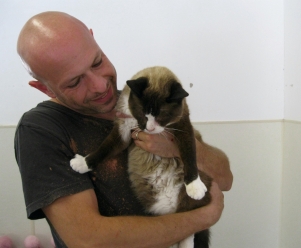 Now, they have a small staff of nine full time and four part time employees. Janet Bianchini is the shelter manager and has been there five years. She is ably assisted by the amiable Terry Hogan who is the board treasurer and cat ambassador as he has been helping out at the shelter for 27 years. 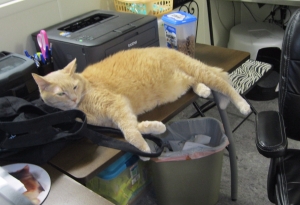 The shelter is divided up into areas. They have the office cats and all the healthy kittens and adult cats in one building. They are called the “adoptables”. The kittens are kept in a separate area from the adult cats. I noticed that there were many black cats among the adults, including some very beautiful and nice ones, but unfortunately as Bianchini explained, “Black cats are always the last ones to be adopted." 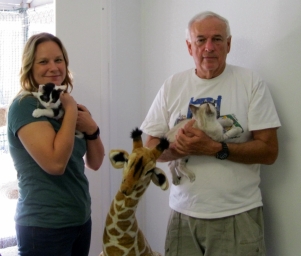 In the office and laundry area, some of the permanent or resident cats help out in the office or sleep on freshly dried towels. Chubby Gus and 18 year old Ginger like to greet everyone as they come in. 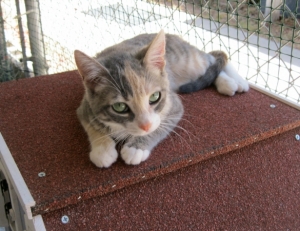 In a separate structure, they have the hospital cats, cats that need to be monitored and quarantined. There is also the Cozy Cottage, which is like a nursing home for old cats to live out the rest of their lives comfortably.

Next, they have the area for shyer cats and cats that are still feral and need to be worked with to build up their trust in humans. Then, they have the Lodge, or the P and B room, as Terry calls it. P is for pee and B is for bites as these “bad boys” can be unpredictable. 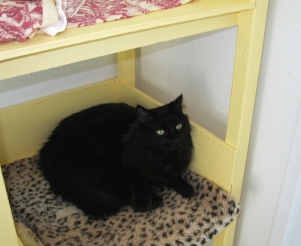 Finally, they have the Annex, which is another structure for cats with AIDS [FIV] and feline leukemia. They are kept in separate areas.  For this article, they really wanted to get the word out that cats with FIV can live a long life and do not transmit their FIV to humans. They usually just need to be the single king or queen of the house.

The day that I visited, there were some very sweet cats in FIV area waiting for their forever home. Cat whisperer Dan Goldstein takes care of these cats and they all seem to adore him, including Boris who likes to be held like a baby.

Right now, the shelter has 269 cats. They do all this good work surviving on donations. Besides money, they always need towels, blankets, food, beds, cat toys, litter pans, etc. They are also signed up with Amazonsmile and have an Amazon wish list.

All the cats are fixed or spayed, including the kittens when they are old enough as there are too many unwanted kitties out there.

The adoption process is fairly simple. You need to complete an application form. Kittens are $100, cats 1-7 are $75, and cats over 8 are $35. The cats come with all their vaccinations, plus a free 10 day vet visit.

They also welcome volunteers, but those who are 16 or under have to be accompanied by an adult. They need help with laundry, landscaping, and socializing the cats, etc. The good news is volunteers don’t have to clean kitty litter boxes!

You can find out more at www.friendsofcats.org. 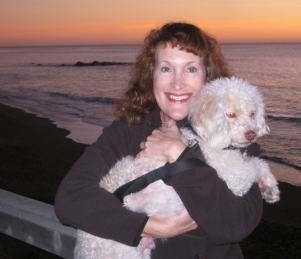