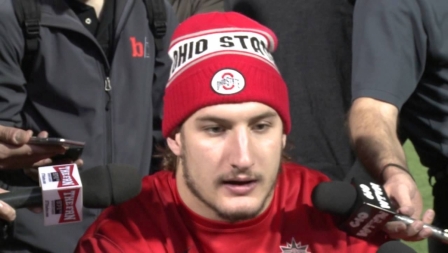 April 28, 2016 (Chicago) - With the number three pick in the first round of the NFL draft, the Chargers selected defensive end Joey Bosa.

The Ohio State standout had 13.5 tackles for loss and 7.5 sacks in his freshman season, earning him a Big Ten honorable mention. He was an All-American as a sophomore and won Big Ten Defensive Player of the Year, with 21 tackles for loss and 13.5 sacks.  He was named a finalist for three national awards as top defender:  the Lombardi Award, Outland Trophy and the Ted Hendricks Award.

2015 was less than impressive for Bosa, but he still earned the honor of Defensive Player of the Year.