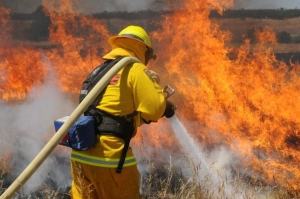 June 24, 2015 (San Diego’s East County) – As firefighters battle wildfires across four states, CAL FIRE officials have warned that in this fourth year of drought, 2015 has the worst fire conditions in record. As of today, CAL-FIRE is fighting seven major wildfires in our state.