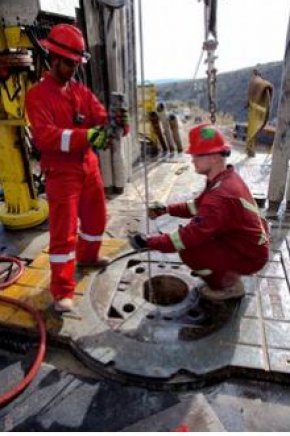 January 31, 2016 (San Diego) — “The worst environmental disaster in California history is continuing to occur without any investigation by the California Public Utilities Commission (CPUC),” says Raymond Lutz, founder of Citizens Oversight in El Cajon.  Now, Citizens Oversight has filed a petition along with Consumer Watchdog and Paul E. Hunt, calling on the CPUC to hold an open investigation into the Aliso Canyon/Porter Ranch methane gas leak north of Los Angeles.

Former San Diego City Attorney Mike Aguirre and his law partner, Maria Severson, are handling the case. The attorneys plan a press conference Monday to discuss the petition and how the leak at the site operated by Southern California Gas has been handled “in total secrecy,” according to a Consumer Watchdog press release.  Plaintiffs contend that the CPUC is violating state laws that require public agencies to operate in an open and transparent manner when making “life or death decisions.”

SoCalGas, owned by Sempra Energy in San Diego, says it is in the “fifth and final” phase of drilling a relief well aimed at halting the leak that began October 23 and has forced evacuation of over 3,000 families. The company anticipates completing the relief well drilling by late February.  SoCalGas has set up a website with updates on Aliso Canyon at https://www.alisoupdates.com/main.

ECM has sent Sempra an e-mail asking for comments on the consumer watchdog groups’ petition.

A January 25 press release from SoCalGas states, "Our top priority remains the safety of those working on the site and the residents of the community. We have developed various contingency plans in case we encounter unexpected developments in the relief well drilling process that could slow our current progress. Our current schedule to control and stop the leak in February is consistent with the plan we have submitted to DOGGR [the State regulating agency, Division of Oil, Gas and Geothermal Resources]."

But Lutz contends that the state’s regulatory watchdog has failed in its oversight role. “History is repeating itself before our eyes. The CPUC has failed to regulate effectively, as demonstrated by the San Bruno gas explosion, which killed 8 people and devastated a neighborhood, the San Onofre failure and $3.3 billion bailout after improper cloak and dagger meetings in Warsaw, Poland, the SDG&E wild fires, and now this massive invisible methane gas leak. We only hope the CPUC will conduct a thorough investigation. Unfortunately, there is little hope that our regulatory agency will do its job," he concludes.