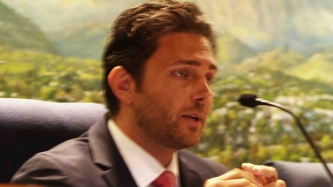 The letter states that Kalasho is violating FPPC state ethics laws as well as possibly violating Government Code section 8314. The city’s municipal code also prohibits use of the city logo by officials for non-official city business. Kalasho was previously warned in August and again in September, after complaints were lodged, says Mitchell.

The earlier warning came after Kalasho posted the city seal on his campaign website. The new letter asks Kalasho to cease use of letterhead that includes the city seal on a piece that cricitized the Council for doing “nothing” to combat homelessness.

In addition, Mitchell warned Kalasho, “the use of the City’s email account for personal reasons must cease. Any further use of the logo or seal may require the City to seek a court injunction or take other measures.”