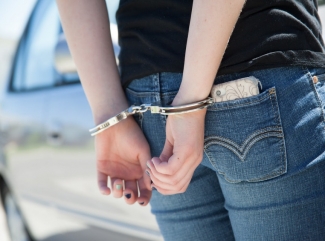 By Miriam Raftery
April 25, 2020 (Encinitas) – The San Diego Sheriff arrested three protesters today for violating county and state orders against public gatherings during the COVID-19 emergency. The action follows several similar rallies around the county.
The protest at Moonlight Beach in Encinitas drew 75-100 demonstrators who called for beaches to be opened.
According to Lt. Amber Baggs, “Several protestors walked onto the beach and sat as deputies began speaking to them regarding the County Public Health Order. The people were given multiple opportunities to comply with the state and county orders. Three attendees refused and were arrested.”