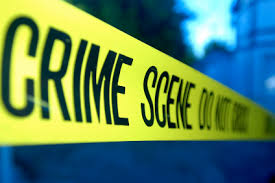 August 3, 2010 (San Diego) – A employee at Wings and Things, 6715 El Cajon Boulevard in the Rolando area, was shot in the leg during an attempted robbery at 9:08 p.m. last night. The suspects, three black male adults in their 20s, were all armed and had their faces covered.

The robbers entered the chicken restaurant through a back door. The robbery was unsuccessful. The suspects were last seen leaving southbound on 67th Street in a small dark sedan. San Diego Police robber division is investigating the crime.