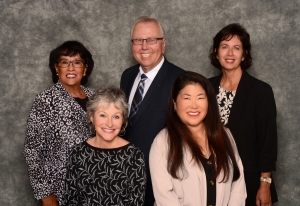 The district contracted with Redistricting Partners, a Sacramento-based firm, to analyze to what extent population and demographics had changed between the 2010 Census and 2020 Census. Redistricting Partners found minimal changes, noting that the district’s boundaries were well-drawn and aligned with communities of interest including school districts and cities. Overall, the district’s population increased from 465,050 in 2010 to 498,019 in 2020, or by about 7 percent, with population gains spread across the five trustee areas. The district also saw less than significant demographic changes.

The district stretches from the cities of Santee, El Cajon, La Mesa and Lemon Grove, and communities of Lakeside, Rancho San Diego and Spring Valley, east to the Imperial County line.