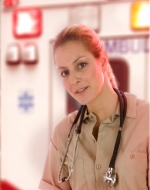 The bill is not projected to require any new costs to California taxpayers, since 95% of funding would come from the federal government out of funds already allocated.  The other 5% would be paid for by premiums paid by enrollees, according to the bill's author.

The federal Patient Protection and Affordable Care Act requires that everyone have health insurance. The federal law calls for creation of health insurance exchanges and allowed states to create lower-cost alternatives. SB 703 would establish one such alternative, a Basic Health Plan for Californians to assure that healthcare will be affordable even to low-income individuals.

“Too many Californians either cannot afford healthcare or are forced into financial ruin trying to pay for it,” said Senator Ed Hernandez, a doctor from West Covina. “I am very proud to see this legislation moving forward today because it will create affordable healthcare coverage for hundreds of thousands of these people without asking for a single dime more from California’s taxpayers.”

He added, “People who are struggling just to pay their rent and put food on the table should not have to worry about spending as much as 10% of their income on healthcare…When we can help this many people get access to the affordable, quality healthcare they need without putting additional strain on California’s budget, we need to act.”

It is unclear why Republicans, inkling all four local GOP legislators, voted against the measure. The GOP has opposed the federal healthcare reform law, however, and seeks to repeal it in Congress for a variety of reasons, including objections to cost and requirements that everyone buy insurance.

The California bill would have a negative impact on the insurance industry by providing lower cost alternatives for Californians.

Anderson offered this justification for his vote.  "While the current American system of private-sector based health care could use some improvement, the idea of taking health decisions away from medical professionals and their patients and instead giving that power to elected officials and bureaucrats is frightening," he said.  “If enacted, SB 703 would lock California into a state government-run health care system that would have the compassion of the DMV and the incompetence of Caltrans.”

The bill was supported by the California Association of Public Hospitals, Health Access, Local Health Plans of California and by the California Congress of Seniors, which sent a letter to the author stating that the measure would make healthcare more affordable for low and moderate income individuals, including seniors under 65 who are not yet eligible for Medicare and legal immigrants who meet income qualifications. (Illegal immigrants would not be covered.)

A study by the California Health Care Foundation concluded that 70% of eligible individuals, an estimated 723,418 individuals, would enroll in the Basic Health Plan.

According to the California Healthcare Foundation, over the past two decades, California has seen an increase in the percentage of people who are uninsured, as the proportion with employer-sponsored coverage has contracted. Between 1987 and 2009, the percentage of non-elderly covered by insurance through an employer fell from65% to 52%. Over 20% of Californians today are uninsured--and California has the largest total number of people without insurance — 6.8 million — of any U.S. state.
Read more: http://www.chcf.org/publications/2010/12/californias-uninsured#ixzz1OHFvi4Aw

Over the course of two decades, California has seen a sharp rise in the percentage of people who are uninsured, as the proportion with employer-sponsored coverage has contracted. Between 1987 and 2009, the segment of the non-elderly population covered by insurance provided through an employer continued its decline from 65% to 52%. Although increases in Medicaid coverage partially offset the decline, more than 20% of Californians remain uninsured. California has both a lower percentage of individuals with employer-sponsored coverage and a higher proportion of uninsured than the rest of the nation. California also has the largest total number of people without insurance — 6.8 million — of any U.S. state.  Read more: http://www.chcf.org/publications/2010/12/californias-uninsured#ixzz1OHFvi4Aw

Studies have shown that people with medical insurance are not only more apt to die younger, but also are unable to afford preventative care--and thus are more likely to seek costly emergency room treatment that drives up the cost of healthcare overall.

The bill will now advance to the Assembly for consideration.

How can silly Joel Anderson and Nathan Fletcher serve us FAIRLY, as we elected them, when they accept thousands of insurance company dollars and vote so UNfairly?

I am always astounded by those "pro-life" Republicans, who fight so hard to deny HEALTHCARE to that embryo-fetus-child-adult. Perhaps the GOP could view things differently, were they to get out of the pockets of insurance companies and other special interests. YOU GO DEMS! Thanks for having a spine!

I couldn't agree more with arron. If I remember correctly, I pay federal taxes. All this money comes from US, either fed taxes, state taxes, local taxes, or insurance premiums. The big corporations that you love to bash don't have pots of money waiting to donate to the cause du jour. They will increase rates to the rest of us to pay for all this.
The state is broke, the feds are broke, schools are broke, cities are broke and the legislature is busy looking for new ways was to satisfy their spending addiction.
Don