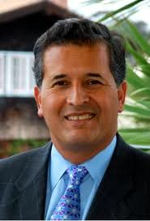 District 51 Congressional candidate seeks more money from residents for local government
By Billie Jo Jannen
For East County Magazine
April 2, 2012 (San Diego's East County)--A new state bill proposed by District 40 Senator Juan Vargas would modify existing law based on Property and Business Improvement District Law of 1994 to make it possible for municipalities to levy assessments to pay for improvements in the district without the 2/3 voter approval by people who would pay it.

The assessment would be called a fee, and not a tax, so would never go before local voters as a ballot item.

SB 949 was introduced in the California Senate on Jan. 4 and had its first reading on Jan. 6. It is slated to be heard in the Senate
The Howard Jarvis Taxpayer Association is already eying the bill with some misgivings, according to HJTA Legislative Director David Wolfe: We’re not enamored -- even if it does turn out to be legal, and amendments are made -- with a whole new line of assessment districts.”
“We’ve gotten a fair amount of feedback on this from our members,” Wolfe added.
Under the provisions of SB 949, property owners who would pay for 30 percent of the proposed fee, based on acreage owned, would sign a petition for district creation and fee assessment and present that to its city council or board of supervisors.
The governing body could then approve an “ordinance of intent” to approve the proposal and set a public hearing date at least 45 days later. Also at least 45 days prior to a final decision, the governing body would send notices to the affected property owners in the proposed district, explaining its intent, laying out the cost to each specific property and inviting the owner to vote on an enclosed mail-in ballot.
Owners would then mail the ballots back with a “yes” or “no” vote, or they could hand-carry it to the public hearing to be counted. These votes are also weighted to reflect the portion of the total assessment the property owner would be charged. Hence, the vote of the owner of 300 acres would outweigh that of the owner of three acres.
Renters and other community residents would not be consulted in this decision.
If a majority of the weighted votes does not protest the plan, the governing body is then free to approve formation of a district and charge a levy on all property owners within the district for up to 20 years.
The same procedure applies to extend the life of the district, change the amount of the levy or otherwise alter the original approved ordinance.
The bill says districts can be funded for a laundry list of local projects, from statuary and landscaping to infrastructure improvements, prompting Wolfe to comment, “You can get away with a lot in this bill.”
I don’t see the justification,” Wolfe added. “There’s already provision for existing assessment districts that fund so much of that.”
The San Diego County Board of Supervisors, on Feb. 28, voted to send a letter of support for the bill and to request an amendment to indefinitely extend the lifespan of a community benefit district beyond the 20-year sunset proposed by the legislation.
After repeated attempts over the course of a week, East County Magazine was finally able to get a callback from Vargas’ office for more information on the bill. However, his district director, Janine Pairis, said no solid information on the bill provisions could be provided prior to press time and no comment was available from Vargas.
Vargas is the state senator for Imperial County and much of the backcountry and has announced his intention to run for the District 51 Congressional seat that Rep. Bob Filner is slated to vacate at the end of his term.
SB 949 is scheduled to be heard April 18 by the Senate Governance and Finance Committee. Read the proposed bill in full by going to http://leginfo.ca.gov  and typing “SB 949” into the search box.

Just another idiot elected official in California. So glad that I moved to Arizona where they are actually discussing lowering taxes in several areas.

A bill guaranteed to put a smile on the face of every political parasite in the state.

It just never ends. Already the most taxed state in the Union Californias "progressive" leaders like Vargus continue to find more ways to impose taxes without a vote of the people. Do you suppose when our unemploynment rate gets to 15% they might get the message.