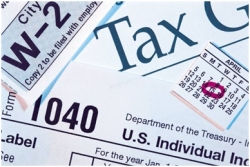 Update July 17, 2012 - Kaderabek has withdrawn his name from nomination and the APCG is now seeking new applicants, who are encouraged to attend the July 26 meeting.

Updated July 13 with a response from Charles Kaderabek

But revelations about a string of delinquent taxes, hefty tax liens, and loss of Kaderabek's law license now raise serious qusetions about his fitness to represent taxpayers.

APCG member Louis Russo cast the only “nay” vote.  In a letter to County Supervisors, who must approve the appointment, Russo observed that County Policy I-1 states that “Service on community planning groups is a public trust.”  He has asked Supervisors to deny the nomination.

Kaderabek has been listed as having one of the state's largest delinquent balances in unpaid sales and use tax. The San Diego Union Tribune on August 31, 2010 listed the amount at $687,000. http://www.utsandiego.com/news/2010/aug/31/which-businesses-arent-paying-taxes/

Kaderabek was listed as delinquent on his state taxes as far back as 2007, when the State Equalization Board posted a list of the state’s top 250 tax debtors;  Charles Eric Kaderabek, doing business as California Gold and Diamond in El Cajon, was listed as owning $632,232. http://www.boe.ca.gov/news/pdf/50-G_07.pdf

An examination of the County of San Diego Recorders records shows that Kaderabek has had tax issues since 1992. There are at least 30 instances in the last 20 years, and he has faced two judgments.

He is not currently listed among 2012 delinquent accounts by the state.

Kaderabek is listed as not eligible to practice law in California  on the state Bar Association’s website at http://members.calbar.ca.gov/fal/Member/Detail/141799 . Ineligibility may be due to “suspension, involuntary transfer to inactive status and failure to pay mandatory State Bar fees,” according to the Bar. Though admitted to practice in 1989, he has been listed as ineligible since 1994.

When ECM attempted to contact Kaderabek by phone at his current place of employment, CK Diamonds Inc. we were first told that Kadebarek was not there. On a second attempt, we were assured that he would get back to us.

Update: On July 13, Kadarabek contacted ECM and stated he had been out of town initially.

He stated that he has never been disciplined by the State Bar and that his law license lapsed because he is not currently practicing law and that he did not keep up with continuing education requirements for licensure. He also stated that he intends to meet those requirements and restore his license to practice law in the future.

As for the financial problems, he conceded, "I have had some tax problems in the early '90s.  I was not the best bookkeeper and I had a bad audit. I've been fighting it ever since them and I am still in litigation."

He claimed some figures listed in media reports have been "inaccurate" and that he has had a "no change" audit in 2002, 2003 and 2004.  He stated that at one point, the State Board of Equalization notified him that the debt had been discharged, but later renewed payment demands.

Asked if the debt remains listed as unpaid by the State, Kaderabek said he doesn't know.

"I have a background in business and law," he said, adding that he began attending APCG meetings amid concerns over land reclassifications that impact property owned by his wife.

"One of our parcels is in the old forest district redistricting area and they are updating the general plan....We live in Alpine," he noted, adding that instead of complaining about the government, "I decided it's time to step in and try to help instead.  One of the absolutely most important things to me is that we get the high school built, so that we don't have to bus our children."

Kaderabek’s questionable record of fiscal responsibility record raises a key question, however:  Why should Supervisors and the APCG give control of the taxpayers’ money to a person who has repeatedly failed to meet his financial obligations to the state?

This is interesting. The median household income in San Diego Co during the years 2006-2010, was $63,069. If that was taxed at 20% the household would pay $12,614 in tax per year. At that rate, it would take the average household 54+ years to withhold $687,000, the amount the UT claims Mr Kaderabek failed to pay. If the UT report is correct, it would appear that Mr. Kaderabek is not the person we want to represent us on the ACPG.

Our quick search found state records back to 2007 with a debt nearly as high as the UT reported. See link in story above.