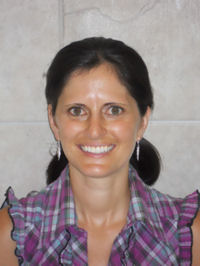 “It’s illegal to have chickens in El Cajon,” says Schworm, in an exclusive interview with ECM.  She has been working to persuade the City Council to legalize chicken ownership.  During that process, she saw Council  approve expenditures that she considered wasteful.

She also objects to El Cajon having the highest sales tax among East County communities.  She also wants to see the Council “doing more to cut spending. My goal is to cut spending, specifically social services.”   Asked which social services should be cut, she replied, “Everything.  The Rec [Recreation] Department should be self-funded.”

Schworm is the mother of two children, ages 1 and 2.  After teaching in the Cajon Valley, La Mesa-Spring Valley and South Bay school districts, she is currently staying home to be a full-time mother.

Asked about impacts on low-income families, she replied, “I’m sure some people are hurting right now, but that’s life. That’s how the economy is.”

Schworm wants to encourage nonprofits and businesses to sponsor events and programs currently funded by the city with taxpayer dollars “from senior programs to programs for the poor, to those that affect only a small number of people. They funded a program for St. Madeleine Sophie’s (a center serving the developmentally disabled) and they funded events downtown.”

Asked about reopening the East County Performing Arts Center, she said the city should not be funding a theater.  “But it’s already there so if the community can provide private funding, if they are charging tickets, it should be self –sustaining and people renting to use it should be paying for it….I think it could be successful…Most people who go there have the means to pay for $50 tickets or whatever the price would be. I think they would easily be able to sponsor children and elderly people as well, so we take care of each other.”

Those views are at odds with historical facts, since ECPAC failed to be self-sustaining even with subsidies from the city in the past and at ticket prices far lower than the rates Schworm suggests.  She even opposes having the city fund maintenance or utilities should a private foundation or management group run the facility—putting her to the right of even some conservative members of the Council.

“I definitely think a theater would improve business downtown,” she acknowledged.  But she added, “If there’s no private money going in to sustain in, maybe El Cajon doesn’t need that.”

To offset impacts of budget cuts, Schworm would foster increased “community involvement, responsibility and accountability….That would improve our community more than anything we could spend money on. I’ve gone to church at Foothills Christian Church for 15 years, and I know a lot of churches and businesses would get involved where families are meeting families…I know a lot in the school district as well who really care about the changing demographics of El Cajon,” concluded Schworm, who has a bilingual teaching degree from San Diego State University and a Bachelor of Arts in Linguistics degree.  She also studied at Liberty University in Virginia.

“We need to take responsibility for our community instead of saying the government isn’t doing enough,” she concludes. Spending money that taxpayers can’t afford is akin to “counting your chickens before they hatch.”

Schworm says she is not concerned about potential health issues with backyard chickens. “We eat the eggs every day,” she says.

As for that chicken ordinance? It may become law whether or not Schworm lands a seat on the City Council.

Councilman Gary Kendrick introduced a measure to do just that. But after Mayor Mark Lewis, a former poultry inspector, voiced concerns over Newcastle disease, Kendrick withdrew the measure. After further research allayed his concerns, Kendrick asked staff to draft an ordinance, which will be considered in the new future.

Ms. Schworm ought to move to La Mesa. We have chickens on our city council.