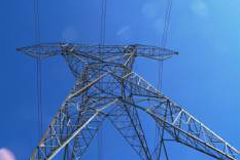 December 30, 2009 (San Diego’s East County) – SDG&E has named 110 people to serve on community councils to make recommendations on how areas should deal with disruptions caused by Sunrise Powerlink, the $1.88 billion high voltage power line project that the utility company wants to build. But many of the project’s most vocal opponents were not invited to participate—and are accusing SDG&E of stacking the deck in its favor.

“Of course I wasn’t invited!” Denis Trafecanty, who led efforts to keep Powerlink out of the Anza-Borrego Desert, told East County Magazine in an e-mail. “It’s obviously a stacked deck,” he added.

SDG&E spokesperson Jennifer Briscoe, in a December 31st phonecall, said Trafecanty was not invited because he lives in Santa Ysabel, not one of the communities along the line's final route.

Supervisor Dianne Jacob (photo, right), who represents East County and has been an outspoken opponent of Powerlink, told the Union-Tribune that she was not invited to participate on the councils. An SDG&E spokesperson told council attendees that Jacob was invited and could not attend, the Union-Tribune reported on December 21.

“I’m concerned that SDG&E may not be telling their hand-picked folks on the councils the truth about the adverse impacts on these communities,” Jacob said. “Why aren’t the meetings open to the public so anyone in the community can attend?” Jacob has announced plans to host a meeting at the Alpine Community Center at 6 p.m. on January 14 so all community members can hear from County officials about impacts of Powerlink construction. Those include two years of disruption along Alpine Boulevard to construct massive underground vaults, as well as the impacts on groundwater since SDG&E will need millions of gallons of water for the project’s construction along the Southern Route.

Laura and Milt Cyphert are co-founders of the East County Community Action Coalition, which represents 79,000 members and is dedicated to defeating the Powerlink project. “I was not invited or even informed about them until after the meetings were held,” Laura Cyphert told ECM when asked about the councils. “I also heard that there were more SDG&E participants than community members, and that the invited guests included contractors who stand to benefit financially from the project if it is built.”

Briscoe said she was unsure why the Cypherts were not invited.

One Powerlink opponent who was invited is Donna Tisdale, chair of the Boulevard Planning Group (photo, left). But she was unable to attend. “So far SDG&E has refused to answer my questions about who attended the Nov 3 Boulevard meeting, what the results were, and the date of the next meeting,” she said.

SDG&E has slated or conducted meetings in Alpine, Boulevard, Campo, El Centro, Jacumba, Lakeside and Scripps Ranch.  Briscoe said she will send ECM a list of Council members and a schedule of upcoming meetings, which she said are open to the public and press.

Asked how members were chosen, she replied, "SDG&E identified representatives either for or against…It wasn’t a factor that would keep them from being on the council at all. We wanted clear, two-way open dialogue including civic and environmental groups, government agencies, planning groups and businesses for a broad community cross-section."

The project faces several legal challenges. The Utility Consumers Action Network (UCAN) has asked the California Supreme Court to overturn the Public Utility Commission’s approval, arguing that the original Environmental Impact Report on the northern route did not address serious environmental impacts in East County including fire dangers and water usage. A coalition of East County activists are challenging approval by the federal Bureau of Land Management. In addition, Jacob has told ECM that the County may consider legal action as well.

In addition, Cleveland National Forest Supervisor William Metz has not yet approved construction of the Powerlink through federal forest lands. Metz could reject or approve the project, or opt to require additional environmental review.

It might have made a better story if you interviewed people who did attend the meetings so that you could find out what these community councils are all about. As it is, it is kind of one-sided. Just interviewing the SDG&E spokeswoman doesn't count as getting the other side. I would have liked to hear from community members who were there. The credibility of any piece of journalism is called into question when the journalist does not attempt to gather all the facts.

SDG&E did not inform us about these events. We received a schedule of events and list of members who were invited only AFTER we published this story.  There's no way we could have included quotes from those present when we don't know who attended or even who was invited.

We do plan to attend an upcoming SDG&E community council, though, and will report on those proceedings.

If any other readers did attend a Powerlink council meeting, please post comments on what transpired!