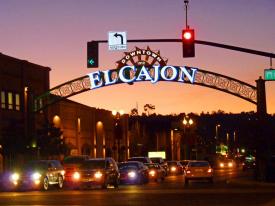 November 8, 2012 (El Cajon) – Councilmen Tony Ambrose and Bill Wells  appear to have won reelection to the El Cajon City Council, while Councilman Bob McClellan retains a slim 114-vote lead over challenger Ben Kalasho. The Registrar of Voters still has 475,000 absentee and provisional ballots left countywide to count.  Asked how many are in El Cajon, the Registrar’s office declined to provide that information but said updates will be posted daily at http://www.sdcounty.ca.gov/voters/results/election.xml. The election must be certified by December 4, meaning close races could take weeks before a final outcome will be know.

Ambrose, who was appointed to fill the vacancy left by the resignation of Jillian Hanson-Cox, is currently leading with 18.25% and a total of 7565 votes.  Wells is in second place with a solid 16.26 of the vote and 6,740 votes.

Vying for the third seat are long-time incumbent McClelland with 14.95% and 6197 votes, trailed closely by Ben Kalasho, who has backing from many in El Cajon’s large Chaldean community as well as the Democratic Party. Kalasho currently has 13.95% and 5783 votes.

Issues in the campaign have ranged from taxes and redevelopment to the future of the East County Performance Arts Center.  Two Chaldeans in the race, Kalasho and Shamoon, have sought to bring diversity to the Council.  Spacone had Tea Party backing, while Schworm sought to legalize chicken ownership in the city.

Ambrose, who served for many years on the city’s planning commission, aims to attract new businesses to El Cajon, add flexibility to change the mix of businesses downtown, and help existing businesses thrive.

Wells has told ECM that he wants to rebrand El Cajon by utilizing the “Valley of Opportunity” slogan coined by the centennial committee to boost the city’s image.  He also aspires to improve the economy and find creative ways to increase revenues without raising taxes, such as his recent initiative to forge a partnership with car dealers to attract more vehicle buyers to El Cajon.

Reducing pension liabilities and increasing condo conversions to change the city’s housing mix are priorities for McClellan, a former car dealership owner.  Kalasho, a business owner, aims to make El Cajon more business-friendly while also providing a voice for the many immigrants and minorities in the community.

Collectively, the three incumbents have garnered just shy of a majority (49.46%) thus far-not a strong mandate but likely enough for the three fiscal conservatives to retain power in an election that elsewhere saw many upsets this election cycle in San Diego County and the nation.

I've been watching this race closely. I have resided in El Cajon for 35 years and I am glad that Ambrose won. Wells is a fake. He's stretched the truth since being on the council 1 too many times. McClellan lives in a 1920's era. He needs to go. Kalasho is more than capable. He had leadership qualities and showed them at the forums. Shamoon was riding the whole "chaldean" thing. He cost Kalasho the race. I hope Shamoon realizes what he's done and if he doesn't then I hope he chooses a different career.

On another note. El Cajon voters arent the brightest bunch. This election, they basically voted YES on having a sewer hike and really really high sales tax. You can't fix stupid, thats what these voters in East County are.

There were 3 seats open. Anyone wanting to support Chaldeans could vote for both Shamoon and Kalasho and still have a vote to spare.

Instead of attacks on another candidate especially like-minded ones, candiates are more apt to win if they focus on getting their own positive messages out there and forge alliances to create a slate, in my long experience covering politics.  The Chaldeans split their voting power with some supporting Kalasho and/or Shamoon, and others backing incumbents who did vote to restore card room privileges, an issue of concern to some in the Chaldean community, though other concerns have met with resistance.

Pressuring people not to run or mounting smear campaigns against those in the race never reflects well on any candidate whose supporters do that.  There were a lot of anonymous hit pieces flying around in this campaign, most of which had unverifiable information and some outright false statements. It's tough to know who was behind it, but voters see that sort of thing and are turned off.  I wonder if the outcome here might have been different if there hadn't been negative campaigning, or if candidates had worked together as a team to get slate mailers and lift each other up, not tear each other down.

The total votes for all challengers right now is just over 50%, so the incumbents didn't have a strong mandate. They won because there were a large number of challengers that diluted any anti-incumbent sentiment, and no coordinated effort among like-minded challengers.  Urging voters to "bullet" vote for just 1 candidate when there is more than one seat open sounds great on paper, but in practice too many people will vote for multiple candidates anyhow, so advising them on a team running together may be a more practical strategy.

In any case,  after this election it's clear that incumbents will need to reach out more to the Chaldean community, which has established itself as having voting strength based on Kalasho's near win. I undertand the Council has recently appointed Chaldean members of the Planning Commission, so one outcome of having Kalasho and Shamoon in the race is that Council will likely recognizing the need to adapt to changing demographics if the incumbents run again and hope to win.

Another interesting factor here is the California Voting Rights Act, which can be invoked where there is a language minority if certain other factors are met, particularly a pattern of discrimination (has that occurred?).  If  that were found to be applicable in El Cajon, that could potentially force an end to at-large elections and require that a district with a Chaldean majority be carved out. It would be interesting to hear whether a voting rights attorney sees grounds for that here or not.

I was actually surprised that Shamoon did not finish in last place where we all predicted he would. [He finished second to last]

It's time now to push forward and work for my community in any capacity. I am 29 years old with tremendous ambition and drive to pour into my community, which I care deeply for. Whatever happens in the next few days after the registrar of voters completes the ballot count wont change Ben Kalasho. Win or loose my principles and philosophy will never faulter or wont be sold to the highest bidder. I will always be a voice for those who aren't heard in this community.