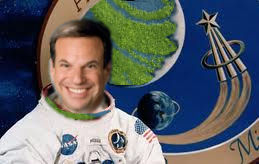 December 8, 2012 (San Diego)--As the post-election celebrations end and 2013 approaches, new leaders have been elected in San Diego in what many consider a historic moment in the region. At the same time, San Diegans, the nation, and the globe are struggling to come out of a recession so deep, it is often referred to as the second Great Depression. Meanwhile profound challenges - climate change and Hurricane Sandy - have swept through the East Coast and the consciousness of Americans as Sandy pushed the detritus of climate denial aside in its terrible force, damage and cost.

Climate is being driven to alarming new thresholds that will impact San Diego. Treehugger reports, “Let there be no doubt that the poles are melting more quickly now than they have in the past: New research supported by NASA and the European Space Agency shows that the combined rate of melting of ice sheets in Greenland and Antarctica is increasing, with melting happening now at three times the rate it did in the 1990s.”

This era is not unlike a previous moment in our history when a new President, John F. Kennedy, took office on the heels of a recession and a seemingly overwhelming threat from the launch of the Russian satellite, Sputnik. Kennedy needed to both re-grow America’s economy and deal with a looming challenge that no one had ever faced before. His response was audacious. Kennedy directed government and called upon America to land a human on the moon and to do so in 10 years.  NASA was funded, a generation was inspired by space exploration, and many sought science and engineering degrees.  Only the Panama Canal and the wartime Manhattan Project were equivalent in scope to the new endeavor that succeeded as The Apollo Program. The deadline was met in 1969 when Neil Armstrong stepped onto the surface of the moon. 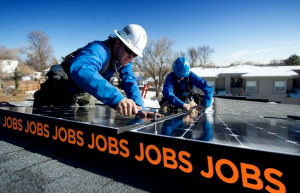 Leadership, a bold plan, an engaged innovative community, a need and intention to create jobs and a deadline may again work on the local level in San Diego, where new Green leaders have taken the reigns at the city, county, state and national levels. Mayor Bob Filner, City Council President Todd Gloria, County Supervisor Dave Roberts, Congressional representatives Susan Davis and Scott Peters are all in office. In addition, California, with the launch of cap and trade, Governor Jerry Brown, and President Obama are all pushing the envelope in search of increasing sustainable job creation and climate policy.

This alignment of elected sustainability-friendly leaders is supported by a new constituency of environmental activists, a robust cleantech and environmental non-profit sector. The potential it brings to usher in a new era in the San Diego/Tijuana region is indeed historic. Today’s Sputnik equivalent is climate change, drought, and sea level rise, all of which are high-risk realities in the present and near term in our region. And, it’s not just a partisan moment, either. In the 2012 election cycle, many Republican candidates stepped up to tout their green credentials, and are leading different initiatives in the region.  As newly elected Governor Jay Inslee (D-WA), co-author of “Apollo’s Fire” says: “Clean energy is the best engine for job creation.”

What will be needed to drive up new Green jobs are an Apollo style vision and plan, and collaboration, plus transparency and the ability to engage the community in a participatory way.  Here are 10 lessons from the first Moonshot that can guide San Diego to global leadership in green job creation: 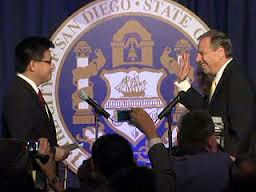 Mayor Filner has already committed to creating an office in Tijuana, signaling a new era of international and cross-border collaboration.  Greening our region in 10 years, and using the resources on both sides of the border, is a game-changing perspective and a challenging goal, which will marshal resources and in turn create jobs both north and south of the I-8 and into the Tijuana region. What is not sustainable is Greening San Diego, but allowing Tijuana to flounder.

2)   Set a time frame for the implementation of big policy goals.

Study after study has shown that Green policy (like AB 32) encourages investment and attracts clean and green companies and innovators. Converting the region by enabling solar on every roof, growing 1,000 new cleantech companies and hardening our coasts against sea level rise within 10 years will drive job creation. Likewise, aggressively implementing state programs like Cap and Trade, and PACE lets Sacramento know San Diego is a reliable player and wants a role in leading the state in sustainability and job creation.

Bold goals and massive transformations require big plans, and the engagement of everyone. Just as Mayor Filner has called for bringing the neighborhoods to the policy table, neighborhood leaders and community members can help marshal neighborhood resources and engagement.  Managers and officials across jurisdictions and the agencies they fund or direct must also be brought together to work on their piece of the regional goals set in place.

North, South, and East County should all benefit from green jobs’ Apollo-like effort in San Diego.  County Supervisor Dave Roberts recently tweeted that he would like to create a broad coalition to install hundreds of megawatts of solar in the region. A coalition that cuts across stovepipes and turf will both innovate and succeed.

5)   Invite the world to participate in San Diego’s Green transformation.

Just as JFK let the globe know that NASA would be tasked to put people on the moon, San Diego can openly step forward and invite other cities and counties to convene here for a global summit of local leaders on sustainability and the green economy. Such an event at our own convention center can establish our national leadership and create a space for dialogue and exchange of best practices.

The general public can be engaged too, particularly as the Balboa Park centennial approaches. This author talked with Mayor Sanders’ office about an annual tourism expo, which is envisioned as the Paris Air Show of Greendom. This builds on our core tourism industry, and further enhances the San Diego America’s Finest Green Regional brand.

San Diego has many of the resources needed for success in this endeavor, but what is missing is a national laboratory. Our Congressional delegation can opt to create a campaign to bring a Department of Energy (DOE) lab to the region. An alternative is to create a sustainability campus, which houses nodes from DOE, NASA, Department of Transportation (DOT) and other Federal agencies and outposts from out-of-state research entities like MIT.  These nodes can in turn help create more R&D in the region, as well as spin out clean and green companies. In turn, investors like to locate where the innovation occurs, creating a virtuous cycle of locally-grown job creation and entrepreneurship.

During the campaign, Mayor Filner committed to putting solar on public buildings. San Diego City Council leader Todd Gloria has made a commitment to infrastructure investments. Clearly, sustainable materials and best practices should be required in new infrastructure projects.

8)   Be self-sufficient, and live off the land.

NASA’s spacecraft, out of necessity, had to be self-sufficient in terms of water, food, air, and energy in order to operate in space for long duration missions. San Diego can follow the same principle and infill urban vertical gardens and intensify the quest to recycle water, so that we can self sufficiently use less resources and manage growth based on realistic available reservoirs of life-supporting materials and transit.

9)   Use solar, not dirty or dangerous energy.

Movements to quash proposed gas plants, and shutter San Onofre are well underway and have gained community support, which will not go away. Soiling our own energy pathways with dirty and dangerous energy no longer makes sense in the 21st century, as climate change accelerates. Other countries, like Germany, are swapping nuclear energy for solar, and we must compete or be left behind.

Hasty installation of wind turbines in certain East County locations is causing health and quality of life issues. While wind energy might be appropriate in other locations, the current ones need review and re-siting if the negative impacts are too onerous.

Finally, to sustain life in paradise, follow the water and open competition to community choice aggregation. Mayor Filner has talked about a fusion economy of Green and Blue technologies into a new “Aqua Economy” for San Diego. Initial assessments done by this author and colleagues show a strong interest by major players in the idea of new marine-based sustainability initiatives and technologies.

Also, the proposed San Diego Energy District allows utility customers to choose renewable energy. Newly elected officials should do everything they can to support community choice and competition.

Where will the money come from?  Public investment that supports public policy is needed.  Mayor Filner may have shown one way to fund a bold refashioning of our economy while he served in Congress. Then Congressman Filner and his colleagues proposed the Clean Energy Victory Bonds Act of  2012. A comparable San Diego Clean Energy Victory Bond would allow investors to choose San Diego bonds, which are less risky that other municipal offerings where dirty energy is in the economic base.

A comprehensive green economy initiative, as outlined above, is one in which San Diego can be proud.  After all, in addition to all the benefits to our planet, region, and City, a green job is dignified work with both meaning and a paycheck, just as going to the moon created prosperity and inspired a generation. Ultimately, San Diego could emerge as an international sustainability player with all the benefits that would come to our region for generations to come.

Kathleen Connell, a former NASA executive, is a contributor to East County Magazine, and is a green economy educator, entrepreneur and public policy expert.

I grew up as a huge fan of the U.S. space program, the astronauts and American science in general. Still am, as a matter of fact - but because of the damage we have managed to do to "Spaceship Earth", we need to refocus that investment in both dollars and spirit inward for awhile - probably a LONG while -  to do the necessary repairs, rebuilds and re-imagining. The porject parallels you have drawn between the Space Program and what we might call the "Earth Program" are real and true and thank you for doing so!

Mayor Filner should be well rested for his new job as mayor as he did not do jack as our congressman.