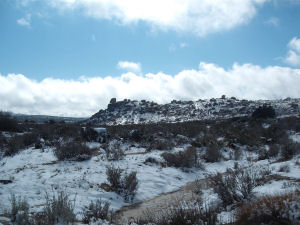 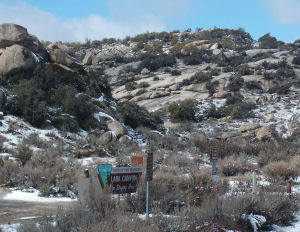 February 17, 2013 (McCain Valley) – Melody Ponchot of Boulevard sent this beautiful set of photos from an early morning adventure she took with a friend, Donna Tisdale, after the snowfall last weekend.

“Four wheeling in the snow to McCain Valley is so much fun,” she observed.

This pristine public land, one of East County’s most beautiful recreational areas, is slated to be razed for construction of Tule Wind, an industrial wind facility approved by the U.S. Bureau of Land Management despite overwhelming public opposition. 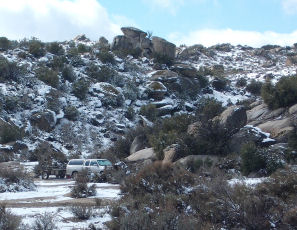 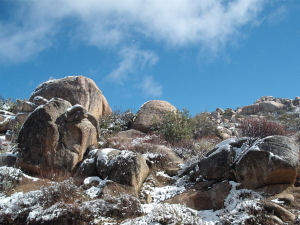 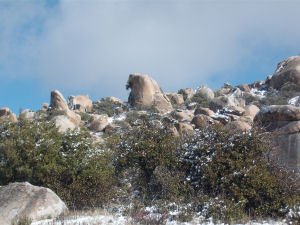 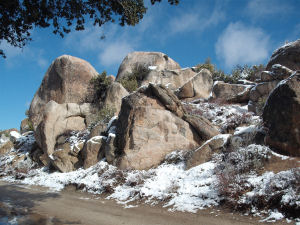 Thanks for sharing!   :D   McCain Valley is beautiful in all seasons!