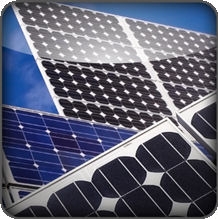 Several days after meeting with San Diego Mayor Bob Filner to discuss energy issues, Roberts and Jacob on Tuesday pushed for more green energy and less reliance on fossil-fuels in the county’s unincorporated area. Roberts called for a working partnership with the city of San Diego “on all things green”.

Roberts and Jacob asked the county Board of Supervisors to adopt their call for an update of the county strategic energy plan, with an emphasis on retrofitting county government buildings, a working relationship with the city and on opening up financing options to make it easier for consumers to install solar systems on their property. Roberts’ and Jacob’s call for an update of the plan was passed Tuesday by the Board of Supervisors with a 5-0 vote.

During a “Solar Summit” held last week at San Diego City Hall, Mayor Filner, Roberts and Jacob announced they wanted a working partnership among the county, the city and San Diego Unified School District to put solar and other energy-saving projects on all government buildings where feasible. They called the broad and ambitious effort, “leading by example.”

A comprehensive plan will provide the framework to achieve the county’s energy-saving goals by outlining specific objectives and strategies in the areas of energy and water conservation, energy efficiency, renewable energy, sustainability and reduced emissions.

The county has focused on an energy management system both on a large and small scale. The Board of Supervisors directed staff to install energy-efficient light bulbs in government buildings, along with in street lights and parks in the unincorporated area. Overall electricity usage is down 9 percent, resulting in an annual taxpayer savings of $2 million.

While Roberts said county government’s efforts have been “successful so far” he believes the government can do better. “We need a roadmap for the future,” Roberts said. “We can implement policies now that will result in tremendous savings to taxpayers and lasting, positive environmental impacts.”

Jacob said these policies should be guided by what’s best for consumers. “It’s time to free up consumers and to declare energy independence across our region,” said Jacob, the board vice-chairwoman. “It’s time to give them choices and cheaper prices.”

Filner said the county and city may “get a better deal” for solar consumers by partnering.

“We believe it’s paramount that the county lead by example and seek ways to provide the public with lower costs and choice of vendors,” Roberts said.

"Green" is a tricky word used all too often by politicians.There is a disturbing trend to call unsafe, unhealthy practices "green" in order to promote them and get an unsuspecting public to approve them. When it comes to energy, the wireless so-called "smart" grid and its wireless so-called "smart" utility meters are one such example. Our County and City elected officials have been so solicitous of SDG&E that they have not told the public the truth - that our public health is in dire jeopardy due to these radiation-emitting technologies. Many people are reporting illness starting with installation, and 57 California towns, cities, and counties (central coastal and northern CA) have banned or outlawed smart meter installations as a result of careful study. But here, in San Diego County, our County Supervisors and Mayors have avoided doing this, sticking their heads in the sand on this issue. They need to wake up and pass ordinances that decry and prevent the public health being harmed by smart meters and wireless infrastructure.