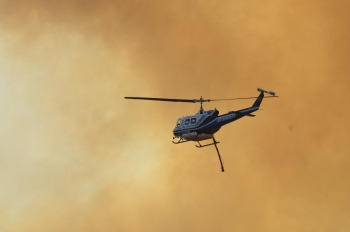 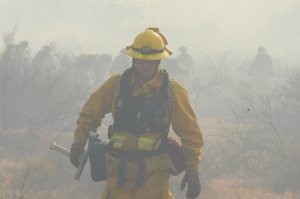 This reporter spotted a utility truck from the San Diego City Fire Department, a communications unit from San Marcos, and Navy Brush trucks. There were of course Barona vehicles, Cal Fire units and US Forest Service units.

Soon after the incident began along Highway 78 near the Great Southerland Overland Stage Road about 10 miles from Julian, Cal Fire requested and got air support units, both fixed wing and helicopters. Deployed on the line as well were dozer units and hand crews, buffeted by winds with gusts up to 30 mph.

There are no structures threatened and fortunately, no injuries despite the fact that a strong gust of wind took fire personn 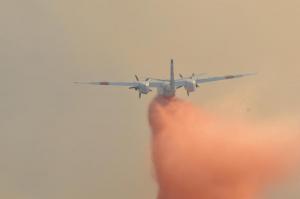 el by surprise, and some crew members had to run.

Zombro found a silver lining amid the cloud of smoke. He noted that the fire is creating a fire break that will help protect communities in the future, since those blackened areas will not have fuel.

S-2 remains closed in the San Felipe area and is not expected to reopen until at least tomorrow.

According to Cal-Fire, the San Felipe fire has swelled to over 1,500 acres and remains 30% contained. Containment means surrounding of the fire, so there is no longer a forward spread for the flames. Officials have no estimate yet for when full containment is expected to be achieved. 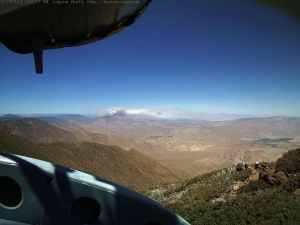 http://hpwren.ucsd.edu/cameras/MtLaguna.html  This photo at right was taken not long after the fire's escape. 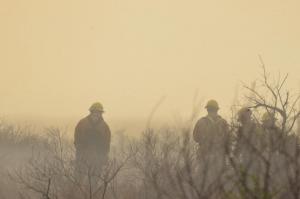 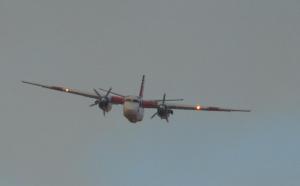