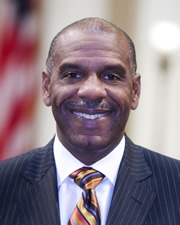 “NBA Commissioner Adam Silver made the right call in imposing the maximum fine and a lifetime ban against Donald Sterling today.

“Sterling’s intolerant, ignorant, and bigoted views have no place in a league where 76% of players and 43% of coaches are African American.

“This incident should wake us up to the sad reality that views like Sterling’s—or Nevada rancher Cliven Bundy’s—still exist, and still cause great harm. We cannot ignore these incidents.

“I chair an Assembly committee tasked with helping men of color reach their fullest potential. I represent a racially and economically diverse district which includes the Clippers home offices. And I am a person of color myself. This incident hits close to home and I know what damage racism still causes today.

“Sterling justified his racism on the tape by saying ‘we live in a culture [and] we have to live within that culture.” Mr. Sterling is finding out today that our culture no longer tolerates hateful bigotry. The league sponsors who dissolved or suspended their business relationships with the Clippers, and the reaction of the general public, have made that point loud and clear.

“I thank the commissioner for his swift and decisive action against Sterling. I look forward to the vote of the league’s owners to remove him as an owner. And I wish the Clippers the best of luck as they continue their series at Staples Center tonight.”

The views and opinions are those of the author and not necessarily those of the East County Magazine. Rebuttals or comments are encouraged by contacting the editor for consideration in posting at: editor@eastcountymagazine.org.

I challenge Mr Bradford to explain why the NBA has Spike Lee an open racist, he speaks out loudly against interracial marriage and has incited violence, on a committee involving aspects of the NBA? Is he not racist enough to be removed and banned? Jay Z wears the medallion of a black supremacy group but he is allowed to be an agent for players, not racist enough? Kareem Jabbar has made numerous anti Israel and Jewish and white comments over the years? Is he racist enough? The Miami Heat and other NBA players smeared George Zimmerman, because Trayvon Martin was black. Is that racist enough? Charles Barkley commentates and is on TV has made numerous anti Asian, and white comments. Racist enough? Has Mr Bradford ever told a joke, made a comment, pre judged anybody? of course he has as has everybody. I urge Mr Bradford to ask the NBA to purge ALL racism, black, white, brown, and be inclusive. I am also sure he and all black players and commentators would like to see affirmative action, the players races do not mirror the population. The NBA is short on whites, latinos, asians and little people. I doubt he will because hypocrisy is the mode of operation. This is all about politics, shifting the discussion from failure in California of the extreme democrat policies and failed obama policies in Washington. No more, no less.