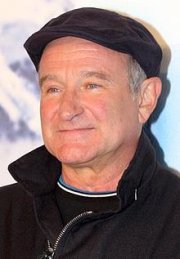 Alfredo Aguirre, director of Behavioral Health Services for the County’s Health and Human Services Agency, says that most people who are depressed do not kill themselves; however, untreated, depression can increase the risk of suicide.  He adds, “Research has shown that the majority of people who die by suicide were clinically depressed or suffered from another diagnosable mental or substance abuse disorder.”

The risk factors for suicide frequently occur in combination-- and knowing the warning signs can make a difference between life and death.

Most people who attempt or die by suicide showed one or more warning signs beforehand. People think about suicide due to feelings of hopelessness or powerlessness.

“Recognizing the warning signs of suicide is key to preventing someone from ending their life,  Aguirre advises, adding, “Suicide can be prevented.”

In addition to knowing the warning signs, it’s important to know how to  assist a suicidal person, and that help is available.

The County launched the It’s Up to Us campaign in 2010 to prevent suicide by raising awareness about the warning signs. Mental well-being is also an important component of Live Well San Diego, the County’s initiative to improve the health of local residents.

So what should you do when a person asks for help? If the person is in immediate danger, call 9-1-1.

The County offers a suicide prevention training at no cost. The Question, Persuade and Refer training is equivalent to a CPR course to teach people how to recognize the warning signs of suicide and save a life.

For more information about suicide, risk factors, warning signs, how to get help, resources and training that is available, visit It’s Up to Us  at  Up2SD.org or call the County’s Access and Crisis Line at (888) 724-7240.

So saddened to learn about his death. Robins over the top public personality was his way to cover up and cope with his problems. The Nixon administration gutted healthcare funding leaving people with no safety net. Some of us have good health coverage and others have none and can't visit a doctor until until they have to go to the emergency place. The most costly care, anywhere.