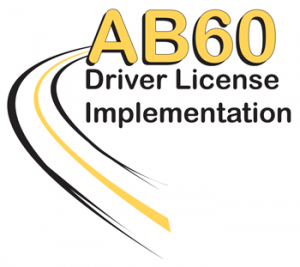 January 2, 2015 (San Diego’s East County)--Starting January 1st, California has begun issuing special driver’s licenses for undocumented immigrants. Across San Diego, lines formed as immigrants stepped up to apply for the new licenses, which are valid only for driving and are not valid for use as a federal ID, such as applying for a passport.

A total of 10 states now allow licenses for undocumented immigrants.  Under the new law, Assembly Bill 60, immigrants need only provide proof of identification, a thumbprint, and California residence, such as a rental lease or utility bill.

They must also past a written test on driving rules which is available in several languages, however the driving test will be given only in English.

Advocates argue that undocumented immigrants were already driving to go to work, take children to school or for other activities, though at risk of fines if found driving without a license.   By requiring licenses, the state can assure that drivers have insurance and know the rules of the road.  That helps protect public safety and also allows the state to collect fees for the new licenses.

The Department of Motor Vehicles has  hired hundreds of new employees to meet demand, since as many as 1.4 million applications are expected. The DMV is also opening on Saturdays to handle drivers license applications.

nice to see the rule of law has deteriorated to the point that illegal aliens can get a drivers licences .... the quality of the legislature and their desire to destroy the fabric of society for political gain makes them all traitors
I have an idea. Why don't you volunteer to give all your income and possessions to support services for the criminals who broke into our country? My grandchildren are already in hock up to their eyballs in debit for all the free services we pay criminals and dead beats in this country thanks to all you bleeding heart "progressives". You either have the rule of law or you have anarchy. You cannot have both. Take your pick.
It's a good thing. No one should be denied being able to drive a vehicle, with insurance, to go to work or to the store. Or drive their children to school.
rewarding criminal conduct and I am sure they will all have insurance ... time for fresh air
Seriously?