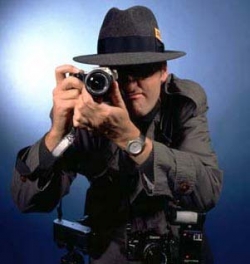 Project Word Director Laird Townsend says the problem is system-wide and that a solution will require cooperation from funders, editors, and freelancers. “I’ve been an editor, so I know what it’s like to deal with a skeletal budget and not be able to pay freelancers to produce valuable stories. My hope is this report can begin an industry-wide conversation to address the crisis.”

What Project Word found was startling and should have us worried about the future of serious journalism and its crucial role in democracy.  Here are just a few of the alarming findings.

o   Are downwardly mobile. Compared to the equivalent investigative project five years ago and adjusted for inflation nearly half the respondents (44 percent) reported getting paid less and nearly one quarter (22 percent) by half as much. A whopping 92 percent report feeling anxiety about finances on a daily or monthly basis.

o   Are being driven from important reporting in order to make a living. Only 34 percent said they spend more time working on investigative stories than doing other work to generate income; all told, respondents counted a minimum of 300 to 450 colleagues who’ve had to “drastically cut back” or “abandon” investigations due to resource constraints.

o   Are reaching into their own pockets to fund their investigative work. Eighty-four percent of respondents spend their own money to cover the investigative costs of their stories, amounting to a total expenditure of a minimum of $460,000 per year, and as much as nearly $1 million—from respondents alone.

Stories are disappearing. Eighty-one percent reported that resource constraints forced them to abandon “otherwise viable and important public-interest stories” over the past five years. As a result the public was deprived of over 500 stories. Based on a handful of interviews with respondents, these aborted stories covered everything from the way the Pentagon handles the health of soldiers and the US role in mass killings in an ally country, to global reproductive rights, an investor’s plan to sell off minority-owned broadcaster companies on the public spectrum, and “blatant corruption” in Florida.

The report goes on to make recommendations citing freelancers’ own creative solutions to the crisis. They include:

·       Providing legal and resource assistance, so freelancers have libel protection and access to investigative assistance; and

“This country was founded on critical inquiry and independence—and these are the core traits of freelanceinvestigative reporters,” says Townsend. “Freelancers are the bald eagle of the journalism world: yes, they are an endangered species—but they can be saved with more attention, resources, and thoughtful planning. That has to happen soon,” says Townsend.

Laird Townsend is an Associated Press-trained journalist and former magazine editor. For more than 15 years, he has worked with upwards of 100 journalists of all levels, from New York Times reporters to beginners, and has helped a number of journalists make the transition from newspaper and trade reporting to narrative journalism. Before founding Project Word in 2007, he was features editor at Orion magazine, which he helped earn the Utne Independent Press Award for General Excellence in 2004. From 1997 to 2003, he was editor ofTerrain magazine, a Berkeley-based environmental news quarterly, where his writers won two Project Censored awards. His writing and editing have been supported by The Christensen Fund, the Fund for Investigative Journalism, the Mesa Refuge, the Mailman Foundation, The Nation Institute, and the Midwest Center for Investigative Reporting, with funding from the McCormick Foundation.

MORE ABOUT PROJECT WORD can be found at projectword.org

...I believe this is because the main street media is 1/2 "Happy Feet" news. ( A term I invented.) Dog rescues, kids at the ballpark, 1,237 charity runs for whatever, and are you SICK AND TIRED of stories about run over fire plugs? There is no time for real news. And they wonder why no one but us old farts watch them and read their papers? Smart people can be so stupid.
There is no excuse for well-funded corporate media to focus on fluff stories like those, including celebrity hype, while ignoring news people actually NEED to know. That said, many small-town newspapers have gone under and as a publisher myself, it's not hard to see why. Communities are not supporting newspapers like they used to when everyone willingly paid for a subscription. Now everyone wants news free online and don't want to pay for subscriptions. There aren't enough ad dollars in smaller communities for commrecial papers to be viable nor enough donations for nonprofit media. So what do you do on days when there's not enough money to pay a reporter or do the deep investigative work that takes time and money? You run stories based off press releases from charitable groups, police, and other sources of free "news". There's also the actual demand from community groups that all ask to have their events etc. covered. A certain amount of that is justifiable as giving back to the community and letting folks know about fundraisers for the various community causes. But there is a real shortage of investigative news and even the basics such as covering local boards and commissions. East County has dozens of boards, commissions and councils that meet each month. If each community would donate a little bit to have their boards and commissions covered it would be a big help, but 99% of the people who read news online are cheapskates who won't do anything to support the costs of the news organization to report that news. Therein lies the crux of the problem -- as Pogo once observed, we have met the enemy and he is us, or words to that effect. If the public wants more news, the public should support helping to make that happen or get involved and volunteer, become a citizen journalist or researcher, help a local community paper out, and "be the media" so the lamestream media outlets become irrelevant; who would read them if real news got the support it should merit?