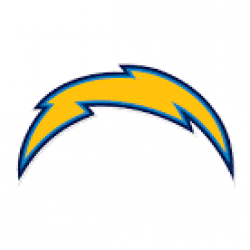 April 7, 2015 (San Diego) – By a unanimous vote, San Diego’s Supervisors have voted to split costs with the City of San Diego for hiring consultants for a new Chargers stadium proposed at the Qualcomm site in Mission Valley. The total cost could be up to a half million dollars, or a quarter million each for the city and county taxpayers to fund.

The new stadium, if built, would also be a home for the San Diego State Aztecs, the Holiday and Poinsettia bowl games and other events.

Though city and county leaders claim they are confident the Chargers will stay in San Diego, the Chargers are moving forward with plans to acquire land in Carson, a Los Angeles County community, where a proposed new stadium would be shared with the Raiders. If approved-that plan could leave San Diego football fans footing the bill for stadium consultants without a team to cheer on.

Some rural residents have criticized Supervisors for spending lavish sums on stadium consultants, while scrimping on funding for vital public services such as ambulances and keeping fire stations fully staffed.

The County has been yelling poor mouth for years when it comes to spending more money on the fire service and now this. Anybody in the County angry yet?

the nfl is a taxpayer subsidized billionaire boys club .... tell them to get F'd and pay for their own stadiums their own security and their own issues ... the federal government pays ALL of the security for the stupor bowl .... they are welfare cheats, time to cut them off

Why? I haven't been to The Murph in years but it would be less costly to upgrade the stadium. It's a play by Spanos to suck money from taxpayers. "I'm gonna take my ball and go home...."