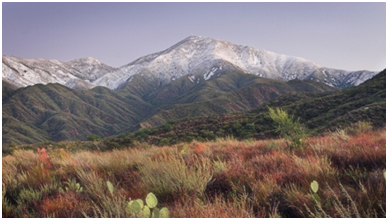 The two measures vary in just how far they would go.  The Senate measure, which passed by a mere two-vote margin, would allow the federal government to sell or give away all federal lands to states or local governments that could auction them off, except for national parks and monuments.  This could include bands of wilderness or forest lands surrounding national parks such as Sequoia, Grand Canyon and Yellowstone.

The House measure, which passed 228 to 119, would similarly turn over public lands to states and local governments to give them “more control over the resources within their boundaries” to lead to “increased resource production and allow states and localities to take advantage of the benefits of increased economic activity.”

That could mean opening up these protected lands to oil drilling, fracking, mining, or development for commercial, industrial or residential projects. It would be up to each state or local government to decide the future of these federal lands.  Let’s not forget that in the recent budget crisis, California’s Governor was set to allow the closure and sale of 70 state parks (thankfully all but two were spared due to an improving budget and citizens’ groups that stepped forward to cover some operational costs.)

State and local parks could fall to the Congressional budget axe too, since next up the Land and Water Conservation Fund reauthorization vote looms, which provides money to partially underwrite state and local parks and recreation, conservation easements, and also money for national parks, forests and wildlife refuges. It expires September 30th if Congress won’t reauthorize it.

Ironically it was a Republican president, Theodore Roosevelt, who started the federal system for preserving lands for posterity for the public enjoyment, after his visits to Yosemite and Yellowstone inspired him to launch the national parks and national forest systems.

Over 400 million people a year visit our federal public lands, pumping $41 billion into the U.S. economy. But the  real benefit is in giving Americans pride in our national heritage – our beautiful public lands –and an appreciation for the wonders of nature. Indeed, many species of wildlife could well go extinct if the federal government stopped protecting millions of acres of public lands.

Rogers concludes, “Rather than selling off the lands we all own…our leaders should listen to voters and find ways to protect more of the places that make America special.”

Sadly any number of horrific things could happen on any given day. Your article said, "Here in San Diego County alone, that could mean the demise of...". Your statement is ridiculous and preposterous! When you said, "We don't make the news, we just report what is actually happening" you made a blatantly false statement. You have morphed from reporter to political commentator and turned a reasonable argument into an absurd one, by imagining an extreme conclusion.... and printing it! That is not reporting and you know it. If you don't know, then it's the responsibility of reasonable readers to help you understand how your bias often colors your "reporting". Too bad more readers don't challenge this crapola. Watch out for the moon!

It's perfectly possible that if areas were turned over to the state of California it could sell or close some of these places - remember the state already tried to shut down 70 state parks a few years ago and a handful DID close down. If some of the properties were turned over to counties or cities during cash-strapped times they coudl similarly be disposed of.  We didn't say this WOULD happen but it's certainly within the realm of possibility that it COULD which is the word we used.

Places people care about across the nation would be put at risk, with zero guarantee that they would be preserved, if the current majority in Congress has its way.  We would have reported this regardless of which party was responsbile, and have in fact reported on plenty of controversies involving Democrats such as f destruction of public lands for energy projects that the Obama administration has authorized -- Ocotillo wind on BLM land is one we've had a lot of critical coverage of, in fact it is not producting the power promised (it's been called a fraudulent project by prominent energy experts) and has caused a lot of harm, and the Democrats were to blame for that one, as we reported on repeatedly.  We've had critical coverage of a project approved in McCain Valley as well.

We also ran a story that exposed issues in  Governor Brown's administration after a whistleblower told us about State Parks being ordered to suppress a report on negative impacts of the Ocotillo project on Anza Borrego Desert State Park, as well as concerns/criticisms of citizens over Brown denigrating people in East County protesting against Sunrise Powerlink which had negative impacts on Cleveland National Forest public lands and other areas.  Brown is a Democrat, again, our responsibility is to publish truth about impacts and potential impacts of decisions made by our public officials, regardless of their political parties.

As press we cannot put blinders on regarding issues that impact the public, such as loss of public lands.  We've been equally hard on both parties over public lands issues, but perhaps you are a new reader and have not seen our very long history of reporting on local public land controversies, for which we have won many top journalism prizes from Society of Professional Journalists and San Diegio Press Club, as well as an international enviornmental reporting prize. Most of those stories were regarding bad policies and even allegations of corruptions by a Democratic administration, ie putting a former Sempra lobbyist in as number two in charge at the Interior Dept..and politicians on both sides taking big  contributions from energy corporations and turning a blind eye to impacts of those projects in their districts. We don't play favorites with anyone here.

Anyone not tied to special interests or blinded by partisan loyalty should want the press to publicize actions that are so controversial and with such massive potential negative impacts.  It's called public interest reporting, and it's exactly what more media should be doing.

At least in states or local municipalities that would allow it.  I know there are many Republican voters who would not support this and who do NOT hate clean and and clean water. Unfortunately Congress right now is in control of people who seem more beholden to big business than the public interest.  As noted in the story, conserving natural resources used to be considered a conservative value in Theodore Roosevelt's day, a Republican president.  But somehow the GOP has drifted far away from that as a party. We don't make the news, we just report what is actually happening and this language did actually pass both houses, with only one party voting for it.