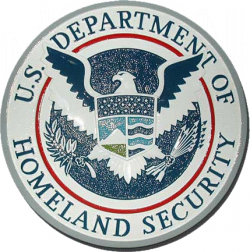 July 1, 2015 (San Diego) – Law enforcement agencies across the United States, including here in San Diego, have been warned to be on heightened alert for potential terror threats over the July 4th weekend. Homeland Security Secretary Jeh Johnson said Friday that his agency, along with the FBI are “encouraging all law enforcement to be vigilant and prepared.

Meanwhile two suspected ISIS sympathizers were arrested this week in New Jersey.  CBS TV in New York reports that one of the suspected terrorists, Alaa Saadeh, 23, is suspected of plotting to detonate a pressure cooker bomb at a New York landmark. He reportedly was also recorded supporting “beheadings and mass killings.”

Homeland Security has not clarified whether the 4th of July warnings are tied to any specific threat. But KPBS reports that Michael Morrell, ex-deputy of the CIA, has told CBS that he believes the security bulletin had “nothing routine” about it.  He added that he wouldn’t be surprised if an attack in the U.S. occurs over the weekend. “That’s how serious it is.”

But Johnson has urged Americans to attend public events and celebrate Independence Day, while remaining vigilant and reporting any suspicious people or activities.

Funny, this whole time we have LGBT's rights, human rights, women's rights, etc. etc. but we don't want to stop the massive slaughters that are happening around the world? Our problem is Immigration! Our border is so porous and the border patrol has been ordered to stand down by the current administration along with the free EVERYTHING for illegal aliens yet we wonder why we have these issues? Not hard to fix. SEAL THE BORDERS

and only the government can protect us. (Except when they don't.) Meanwhile the State Department has a world-wide caution out for US travelers. It isn't safe anywhere, thanks to the government's never-ending wars.