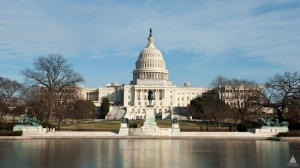 August 4, 2015 (Washington D.C.) – A Republican-backed bill to stop all funding for Planned Parenthood nationwide has been blocked by Senate Democrats, falling seven votes short of the 50 needed or passage. Next up, the Republican leadership is threatening to shut down the government if funding the budget includes funding for Planned Parenthood, which provides birth control, mammograms, Pap smears and other women’s health services in addition to abortions.

Republicans introduced the bill after secretly filmed videotapes showed Planned Parenthood staff discussing the use of tissue from aborted fetuses for research. The practice of using fetal tissue for research is legal in the U.S. provided only costs are recovered, not profit. Planned Parenthood has said it did not violate the law and that permission was obtained from women to use their aborted fetal tissue for medical research aimed at helping to find cures and treatments for serious medical conditions.

The videos were filmed undercover by an anti-abortion group called the Center for Medical Progress.  California Attorney General Kamala Harris has opened a probe into the videos, since filming or recording someone without their permission is illegal in California, except for law enforcement with a warrant. In Congress, meanwhile, two House committees have opened investigations into Planned Parenthood.

Planned Parenthood’s president, Cecile Richards, has apologized for the sometimes insensitive tone of some employees in the video but insists that no laws were broken. Over a third of the organization’s funding is federal.

California Senator Barbara Boxer, a Democrat, has said shutting off funding for Planned Parenthood would actually lead to more abortions, since it would deny women a key source of birth control and reproductive counseling. Planned Parenthood operates 700 clinics that served an estimated 2.7 million people nationwide.

With a September 30th deadline looming for the federal budget, a showdown appears likely. President Barack Obama has vowed to veto any measure that defunds Planned Parenthoood. Each party is laying blame at the other for the prospect of a shut-down—but the real losers could be the American public.

Last time Republicans forced a shut-down, the action shut down national parks, took some air traffic controllers off the job, left many federal workers without pay, and caused concerns for people dependent on federal checks for everything from food stamps to Social Security.

Here are the facts provided by NPR (National Public Radio)'s Fact Check, and backed up by several other fact checking sites I've seen:

And federal money is used for almost none of that, except for rape, incest or when a mother's life is in danger.  Do you really want women to DIE?  In fact the vast majority of the services they offer are related to sexually transmitted diseases, contraception, cancer screens and other women's services.  It is disturbing how some try to distort facts to push forward an agenda to destroy Planned Parenthood.

I will say when I was a young newlywed I got birth control at Planned Parenthood, and have had cancer screenings there when it was the most affordable or closest location.

I have known women with life-threatening conditions where the choice was between saving a mother or saving a fetus/baby. Why do you think a pregnant woman should be forced to die?  Are you aware that 1 in 100 pregnancies are tubal, meaning if you don't abort, the tube bursts and the mother can die of peritonitis (infection ) or be left sterile.  That's per the Bush administration's Dept of Health and Human Services, not some liberal organization.  And that's just one life-threatening condition, there are many others.

What if a woman gets cancer and needs chemotherapy to save her life? You can't have it if you are pregnant, whether a day, a month or late term. She might not even live long enough to deliver the baby. What is the point of that?  I've had friends in these situations, and can't imagine the cruelty and callousness of people who would have them die, in some cases when the baby couldn't even be saved.  What if a mother has other children at home?  Shouldn't she be able to choose to save herself to mother her other living children?  There is nothing godly about killing women.  How can anyone support something so cruel and extreme?

Fetal tissue is being used in research to cure diseases like Alzheimer's, which killed my dad and grandmother.  These women agreed to allow the tissue to be used for research which is legal and was even supported by many Republicans. Without this, people like me live in fear of getting this incurable disease, and many others.

Now if it turns out that anyone at Planned Parenthood did do anything illegal, then of course that should be corrected but not by taking away all funding--clarify the rules if needed, or punish individuals if they broke the law, but don't deny vital medical services to poor women across America, most of whom are not going there for abortions and of those who are, almost none are funded by taxpayers except in the most extreme circumstances.