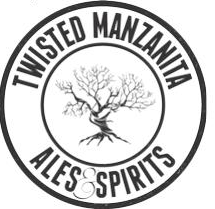 February 16, 2016 (Santee) -- As of January 1st, new legislation (AB 1295) allows craft distilleries to sell individual bottles of craft spirits from tasting rooms. Prior to this law, the public could only sample distilled spirits at a tasting room but could not purchase bottles directly from a distiller.

“Selling directly to the public allows craft distillers the freedom to produce smaller quantities so less capital is needed for the equipment and facility necessary to satisfy the product demands of third party distributors,” a press release from Twisted Manzanita states. “With less startup capital needed to enter the industry, Craft Distilling is poised become the next Craft Boom in San Diego. Twisted Manzanita Spirits is one of the first distilleries in the State to be approved for this new license.”

According to the American Craft Spirits Association, over the past decade the number of craft distillers in the U.S. has shot up from 50 to 769, Fortune Magazine reported last year.

Twisted Manzanita has been craft distilling small batch spirits since 2014. Rebellious Rye Whiskey was awarded a bronze medal at the 2014 International Wine and Spirits Competition.

Johnnie Walker and Smirnoff won't be knocked out of their top spots but because of the Assemblyman's action we can support local entrapaneurs.