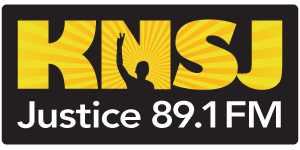 June 7,2016 (San Diego)—Community radio station KNSJ 89.1 FM Descanso has been temporarily knocked off the air after a break-in and theft. KNSJ's transmitter site on Monument Peak in the Laguna Mountains was broken into, with vandalism intentionally disabled broadcasting on Thursday, June 2nd at 7:05 p.m. PST. The immediate impact of this crime is loss of the FM broadcast and service as an emergency alert system. KNSJ continues to stream 24/7 online, but not over the public airways. Because this break-in occurred on federal land and interrupted a licensed FCC full-power FM station, this forced entry is a considered a federal crime.

KNSJ is making a public appeal to raise $5000 to get the station back on the air.

Donations are needed to replace equipment, upgrade a security system and the speedy return of this non-profit radio station to regular programming. Tax-deductible donations can be made at KNSJ.org KNSJ is an all volunteer station relying primarily on donations.

Community radio KNSJ broadcasts news, information and local music. KNSJ's primary focus is on politics, education, environment, entertainment and community events. KNSJ will complete 3 years of broadcasting on July 4, 2016. The station has been streaming live on the Tunein & iTunes apps and is heard on the Internet at KNSJ.org.

KNSJ founder, Martin Eder, “This has all the earmarks of a politically-motivated crime.”

This act of vandalism comes at a very critical time. KNSJ (Networking for Social Justice) has been covering the local and national election races from a non-commercial perspective; offering alternative viewpoints of the election process and the candidates. KNSJ teamed up with the League of Women Voters for a series of four public events and live broadcasts of races for the San Diego mayor, San Diego City Attorney and some City Council races.

KNSJ has also featured live broadcast presidential candidate forums and rallies by  Bernie Sanders, Ted Cruz and Donald Trump. KNSJ was set to broadcast live from the Bernie Sanders rally on Sunday, June 5th from Qualcomm Stadium when the station was vandalzed  The station has generated national and international attention with its live broadcasts of prominent political candidates and had heavy social-media covering questions and perspectives that are not often covered by the mainstream media.

East County Magazine Show  producer Miriam Raftery called the attack “an assault on democracy and stifling of local voices.” She urged anyone with information on this crime to please come forward.

KNSJ has also pledged to air more local music than all the rest of the radio stations in San Diego County combined.

KNSJ.org will continue to stream at KNSJ.org and on the Tunein Radio app on smartphones, while recovering from this criminal event.

That's a difficult place to reach, fenced and gated. Someone had to be very determined to get into the antenna farm. I hope the police response was equal to the seriousness of the crime.