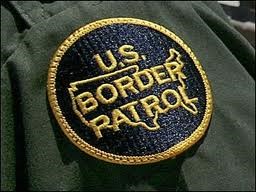 On Sunday, around 6:30 p.m., a ranger with California Department of Parks and Recreation contacted Border Patrol agents assigned to the Highway 86 checkpoint and asked for help to locate a missing man last seen in the Ocotillo Wells Desert. He was reported missing by his family after he failed to return from an ATV ride in the desert.

BORSTAR agents, State Parks rangers and Imperial County Sheriff’s deputies conducted an extensive search and found the man at approximately 4 a.m. He appeared to be in good health and did not require medical attention.

“This is another example of how Border Patrol works with other agencies to ensure the safety and well-being of the people we have sworn to serve and protect,” said Assistant Chief Patrol Agent David S. Kim with the Border Patrol’s El Centro division.

The man was then transported to the Highway 86 checkpoint where he was reunited with his family.

There aren't many landmarks in the desert to help you navigate. Carry a small flashlight or a glo-stick, water and an apple or other snack and stay where you are. Border Patrol agents are trained trackers-they will find you.