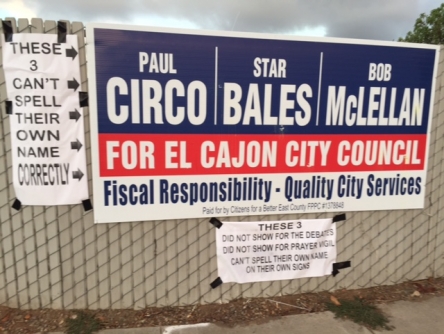 Ten candidates are vying for three seats on the El Cajon City Council.

1) Sniping at an opponent is allowed.
2) There's no such thing as bad publicity.