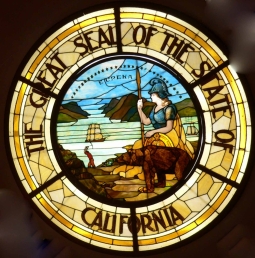 "For the more than 20million Americans who gained health insurance coverage thanks to the Affordable Care Act, repeal and replace means death and despair.”-- California Insurance Commissioner Dave Jones

November 11, 2016 (San Diego’s East County) – Leaders in the California Republican and Democratic parties are speaking out following the election of President-Elect Donald Trump. Reactions range from praise to condemnation.

The San Diego Republican Party pointedly did not endorse Trump (or anyone else) for President. But San Diego GOP Chairman Tony Krvaric tweeted, “Congrats @realDonaldTrump and @mike_pence. Let's repeal ObamaCare, abolish Common Core, and get constitutional judges on the Supreme Court!”

The California Republican Party, which endorsed Trump, posted on its Facebook page, “The American people have spoken and it’s time for our country to come together.  Like and share to congratulate our President-elect and Vice President-elect.”

But California Assembly Speaker Anthony Rendon and state Senate President Pro Tempore Kevin de Leon,  both Democrats, issued  a joint statement which begins, “Today, we woke up feeling like strangers in a foreign land, because yesterday Americans expressed their views on a pluralistic and democratic society that are clearly inconsistent with the values of the people of California.”

The legislative leaders praised Californians for rejecting Trump, adding that California “is—and must always be—a refuge of justice and opportunity for people of all walks, talks ,ages and aspirations—regardless of how you look, where you live,what language you speak, or who you love.”

The legislators pledged to reach out to federal,  state and local officials to evaluate how a Trump presidency may impact federal funding of state programs,  job-creating investments and federal enforcement of laws affecting rights of people living in California.  “We will not be dragged back into the past. We will lead the resistance to any effort that would shred our social fabric or our Constitution,” the statement concludes.”California was not part of our nation when its history began, but we are now clearly now the keeper of its future.”

California Attorney General and Senator-elect Kamala Harris  met with immigrant leaders Thursday, promising to fight to preserve protections Trump seeks to dismantle, though Trump has power through executive orders to reverse many of those protections.  “You are not alone,” she assured.  Her office also sent a bulletin to state law enforcement agencies encouraging them to be vigilant in responding to reported hate crimes.

“Health insurance coverage saves lives,” he said, adding that repeal would lead to denial of coverage for people with pre-existing conditions and elimination of preventative care. “`Repeal and replace’ will undo the tremendous progress we have made in reducing the number of uninsured by half, both nationally and in California,” he concluded. “For the more than 20million Americans who gained health insurance coverage thanks to the Affordable Care Act, repeal and replace means death and despair.”

the People have spoken

... going to be interesting at the least. Watching CNN. Lots of unemployed liberal arts majors protesting in front of the Trump Towers. Love it!

I sure hope you are right Louis. One thing for sure is that all of these draconian illegal firearm laws will be a thing of the past. Kevin "Ghost Gun" Deleon and his socialist buddies like Kamala Harris, and Gavin Newsome somehow believe that we live in a monarchy and they can rip up our God given rights to self protection. They have armed security for themselves but your wife or daughter that would have a night job is dead meat for the predators of the night. Even though I live in a rather dangerous state like Kalifornia I have finally found hope that it can turn around with Trump and the SCOTUS.