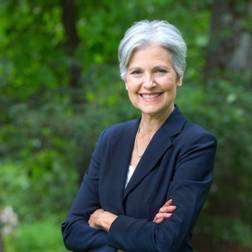 November 12, 2016 (Shelter Valley) -- I come from a fairly conservative family with midwestern roots. My parents were college and nursing school graduates in the 1960s, the first in their families with degrees. They felt stifled by lack of opportunity in their home state, and enjoyed adventure. So they packed up and came to California, carrying me and my diapers. As a northern California kid, I grew up with a love of the redwoods, normally inclement beaches, the Sierra Nevada, the Cascades, and the basins and ranges of Nevada. By 1989, I was a student at San Francisco State University, and was already considerably more liberal than my Catholic - and wonderful - mother and father. The community I grew up in was fairly described as an openly white supremacist one, with a particularly vicious and paranoid attitude toward black Americans. But my tolerant family, as well as our church, also introduced me to multiracial, multicultural, and yes, even multisexual California. I did not and do not know how to be the best ally all of the time, but certainly I have countered the hatred that some whites maintain toward people of color; indeed I have shamed and lost many friends. My concerns then and now are social justice, economic justice, and protecting the planet; although lately an emergent concern for the physical well being of friends, colleagues, and students of color has come ever more to the foreground.

By 1989, I had escaped my small city to live in Oakland and study in San Francisco. I was as politically engaged as a full time worker and student can be, attending protests, signing petitions, keeping up with current events, and always voting. I had become aware of an organization called the Democratic Leadership Council, and was appalled at the idea of the party abandoning so many economic justice positions. I was among those early registrants to the Green Party before it was recognized as official. With the exception of briefly registering as Democrat to vote against DLC candidate Bill Clinton in the 1992 primaries, I have remained a Green. Over time, I have come to distrust the Democratic party even more, especially when they blamed Ralph Nader for their own weak DLC candidate in 2000, and when they punked Bernie Sanders in 2016. President Obama was a breakthrough who suffered an obstructionist Congress, but he too packed his cabinet with DLC types, and ultimately suffered for it. Now we have seen the fall of the House of Clinton to a man who brags about sexual assault! That is an amazing repudiation of a bloodless and ineffectual centrism funded by Wall Street donations. Yet I have noticed some Democrats looking to blame the Greens again!

Rather than blame us, Democrats should look to the Green Party platform. Donald Trump proved that working people will come out and vote for someone who speaks to their economic pain, even if he is a con man who successfully ginned up a latent southern strategy vote through overt racism and lies about the return of good paying industrial jobs. Steel and coal may indeed return! But for the most part Trump’s voters will be breathing the foul air outside robotic factories and mines whose products and materials are transported in driverless trucks, still with no sustained relief from the wage pressures of globalism. Expect the deregulation of Wall Street, the gutting of the EPA and the repeal of Obamacare as Trump’s first priorities. We will soon enough find out how working people feel about the privatization of Social Security to benefit Wall Street’s gambling addiction.

Green support of a national minimum wage, affordable housing, full employment through paid community service, free lifetime public education, universal health care, and a social wage are the only practical replacements for the jobs lost to this fourth industrial revolution. From the wealth generated should come support for policies needed to get people back to work in their communities, and coping with already baked in climate change. It will provide for education toward the high skill careers that will remain in an era when the bachelor’s degree has become the new high school diploma. It is time for the Democratic party to rid itself the mealy-mouthed, equivocating, triangulating, losing ways of the now fully failed DLC faction led by the Clintons. If the Democratic Party is to survive, it has to support policies in the favor of voters from all backgrounds who are being left behind by quickening technological change. Or maybe Democrats should join the Greens? Otherwise, you will just find yourselves copying our platform. Either way, I hope.

Remarkable commentary Brett, both for its scope and its intelligent grasp of the real nature of politics. What I found disappointing, was your continued 'hope' and allegiance to this totally corrupt system which has brought us "ever lesser evils", finally culminating with the current buffoon, with an ego the size of the Pentagon, offset by an intellect that guarantees he couldn't find his way out of a phone booth. "Hope" never accomplished a thing Brett! Never has and never will! It takes "intent" to produce change. May your "intent" drift ever farther from the 'as usual' establishment politics. You seem to have learned a great deal, perhaps there's room for even a bit more; so let's not talk of the possible "survival of the Democratic Party" as any longer a worthy effort. It along with its equally corrupt counterpart, must be destroyed and replaced with the Greens. That's 'reality', as I see it, Brett. I enjoyed wandering though your life and its experiences.