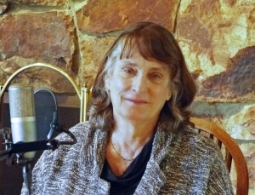 “If SDG&E gets $379 million from ratepayers for fires ignited by their equipment, then the doors wil be open for SDG&E asking for another round of money for the next fires that occur,” says  Diane Conklin with the Mussey Grade Road Alliance in Ramona, a watchdog group that advocates on behalf of  ratepayers and fire survivors in wildfire-related issues.  “Ten years after the fires, SDG&E is really hoping the public doesn’t turn out on Monday.”

The group estimates the average cost per household could be around $280.  Conklin adds, “We fought for these hearings so that you can tell them [the CPUC commissioner and administrative law judge coming to Escondido) why you don’t want to pay for these fires.”

There were over a dozen wildfires in 2007 across our region.  Cal-Fire concluded that SDG&E equipment caused the Witch and Rice fires, and share responsibility with Cox for the Guejito Fire.  The fires burned over 200,000 acres, destroyed around 1,300 homes and caused two deaths.

Hanan Eisenman with SDG&E says the October 2007 firestorms were a natural disaster that affected everyone in our region.  “They included the worst Santa Ana conditions we’ve ever seen – high heat, hurricane force winds of 90 miles per hour, and low humidity, so despite maintaining safe systems, our systems were involved in three fires.”

Conklin contends that evidence found by their expert and presented in their testimony suggests otherwise. (See pp. 54 - 91 for excerpts from the 1981 and 2007 SDG&E wind studies.) “Our expert found out that SDG&E weather analyses going back to 1981 shows SDG&E knew they could regularly expect winds gusting more than 56 miles  per hour, and that’s the standard to which SDG&E has built.”

A Forest Service report on the 2003 firestorms, four years before the 2007 wildfires in San Diego County, confirmed that gusts up to 70 miles an hour were recorded in the Paradise Fire.

Eisenman  says SDG&E received $5.6 billion in claims initially. “We’ve worked hard to resolve all those claims and reduce impacts to customers with settlements and insurance,” he points out. “We’ve brought that $5.6 billion down to $375 million, and that’s what we’re asking recovery for…This would settle all the remaining claims from the fires.”

Opponents of the proposal to charge ratepayers contend that shareholders of Sempra Energy, SDG&E’s parent corporation, should shoulder those costs since SDG&E was not insured at a high enough level to cover its losses from the fires.

But Eisenman contends the company and its shareholders have invested in significant fire safety improvements to prevent a future catastrophe.  “Public safety is our priority,” he insists.  Since the fires, SDG&E has replaced 7,000 wood poles with durable steel poles.  Each year,  the company brings in a massive air crane helicopter to knock down fires before they can grow out of control.  “It fought several fires this year,” Eisenman says of the helicopter.

Conklin says she “applauds” SDG&E’s efforts to improve fire safety since 2007.    But she contends, “If SDG&E gets $379 million for fires ignited by their equipment, then the doors will be open for SDG&E asking for another round of money for the next fires that will occur. We are very concerned that this will cause a moral hazard problem. It will mean that SDG&E will be less, not more prudent.”

She also voiced concerns that other utilities could be emboldened to cut corners on public safety to protect against disasters such as the  San Bruno pipeline explosion involved PG&E equipment.  She suggested that Southern California Gas, a Sempra company, could seek reimbursement from ratepayers across Southern California for its costs related to the massive methane gas leak that forced evacuations for months in the Porter Ranch community near Los Angeles.

Supervisor Dianne Jacob has also weighed in against the proposal, in a letter to the CPUC chair that her staffer will read at Monday's hearing.  She calls the proposal "beyond preposterous" adding that is is "especially outrageous to those victims who lost their homes and even loved ones and are now being asked to help pay for the utility company's mistakes."  She noted that San Diego's ratepayers have also been "on the hook for the more than $3.3 billion settlement agreement relating to the closure of the San Onore Nuclear Generating Station (SONGS) c which was caused by faulty generators."

Eisenman disagrees.  “We operated our system appropriately, which is why we believe it’s reasonable that we be permitted to recover those remaining costs,” he says. “Our hearts go out to everyone affected by the fires, “ he adds, noting that some of SDG&E’s own employees were evacuated.  “Going forward, we’re going to be focused on safety.”

But Conklin  concludes, “If we pay the monopoly utility for their mistakes in the sense that their equipment ignited these fires, then we’re teaching the market not just here, but throughout the state and then throughout the country that monopoly utilities, where there are no municipal utilities, can stick it to the ratepayers. If it can happen in California, it can happen in other places too—and we don’t want that.”

A distinction should be made in referrencing the causes of the fires being attributed to SDGE's power lines or equipment. The equipment and lines were not the cause. Unexplained decisions or errors in judgement by SDGE, prior to the fires, were the causes in the rice and witch fires. In the rice fire, a months old report of a hazardous tree condition was ignored until immediately after the fire, when SDGE dispatched people and equipment to remove the tree prompting a citation by the PUC for evidence spoilation. SDGE's response was (paraphrasing here) "we were just about to get to that on our tree trimming schedule", after months of being held as a hazard report. This is an example of poor decision making by the utility and unexplainable when their statements claim to be "operating with safety being foremost in our efforts". In the witch fire, instead of following their own directives which state, automatic reclosures (high voltage circuit breakers, capable of operating automatically or by supervisory control) should be blocked from reclosing automatically in high winds, high temps and low humidity weather situations, due to the potential of starting a fire. The directive requires a physical inspection, or patrol of the circuit takes place, to prevent the reclosure device from potentially causing a fire or other damage. The reclosure was not prevented from operating automatically in the high winds, illustrating another questionable decision or total lapse in monitoring conditions by SDGE. No matter how hard the wind blows, without directives followed or routine care being afforded hazardous conditions, the public is at risk and SDGE's exposure to liability is the result. The workers at SDGE know the hazards and handle them when directed to deal with them, as a matter of routine daily efforts. Who decided to let these hazards exist without considering the potential for damage ? Unqualified people who shouldn't have that much authority, because they claim no responsibility, and blame the wind. SDGE still maintains it wasn't responsible. I'd say, that's the definition of irresponsible. The treatment of the fire victims, is another issue, that will only be resolved by a federal RICO investigation due to it's complexity and extent of corruption at every opportunity, with SDGE's concealment through confidential settlements. Confidentiallity however, cannot be employed to conceal fraud so this issue is not finished yet. Fire victims who received this less than honorable or equitable treatment, while being assured of court supervision, will have to demand federal assistance, since defrauding disaster victims is a federal crime. The State of California, has avoided it's responsibility at every level, to oversee the fire victim's recovery process and deal with the abuses which were concealed in settlement agreements,, after years of delay and obstruction which only benefitted SDGE and their insurers. Mike Van Zee, retired Journeyman Lineman, 25 year Rainbow resident and 2007 rice fire victim, writing under the name, Sam Rodgers

Their proposal will set a bad precedent (or is it president?) by forcing ratepayers to be billed for the company's management and safety lapses or failures.
My son's home was saved but many in the area were burned, Larry Himmell reported on the Cedar fire as his home was destroyed behind him!
Are there any readers who can help with transportation to Escondido?