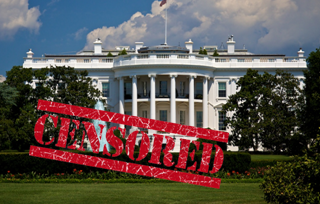 January 21, 2017 (Washington D.C.) – The Trump administration has removed all references to civil rights, climate change, equal pay, rights of the disabled, immigration reforms, seniors and social security, reducing gun violence, the Affordable Care Act, equal pay, and veteran’s issues from the White House web page. All were removed from the issues tab at www.WhiteHouse.gov, just hours after the inauguration of Donald Trump as President.

While its customary for each administration to refocus the site to reflect an incoming president’s priorities, it is unusual to see a complete removal of references to core rights, liberties, and issues of interest to a broad sector of the American population, such as healthcare.

The action has prompted criticism and concern from communities advocating for minorities, women, the disabled, the environment, and more.

Instead of climate change, an “America First Energy Policy” on the site now states, “President Trump is committed to eliminating harmful and unnecessary policies such as the Climate Action Plan and the Waters of the U.S. rule.”  It touts restoring U.S. energy independence through increased oil drilling, gas extraction and fracking “especially on public lands”, while making no mention of solar, wind, or any other renewable resources.

“I don’t know whether to laugh or cry,” says local climate change activist and ECM columnist Roger Coppock, who fears scientific data on climate change at other government sites may soon also disappear.

One of Trump’s first acts as president was an executive order to weaken enforcement of the Affordable Care Act. (See full report by Reuters news.)  He has pledged to repeal the ACA, or Obamacare and last week, Senate Republicans voted to dismantle the ACA without revealing any replacement plan as yet. So omission of any reference to healthcare on the White House website seems a striking omission.

San Diego resident Marilyn Lyons, an insurance broker, has warned that Trump’s effort to dismantle the Affordable Care Act without a better replacement plan (or any replacement as yet) will lead the insurance market to “implode” with insurance companies leaving the market, she told ECM yesterday.

The Trump administration did add a few of its own issues. Instead of civil rights, you’ll now find “Standing up for Law Enforcement.”

Other issues listed are America First Foreign Policy, Bringing Back Jobs and Growth, Making our Military Strong Again, and Trade Deals Working for All Americans.

For those seeking the old site as it appeared during the Obama administration, it can still be found through the Internet Archive, ECM has found. View it here: https://web.archive.org/web/20170119000209/https://www.whitehouse.gov/.

When will the Republican party step in and remove this man from office?