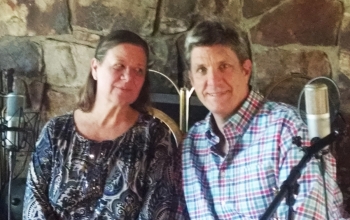 Hear our interview for KNSJ Radio by clicking the audio link

The order has created “fear for a lot of people” in San Diego, long a welcoming haven for refugees starting with the airlifts of Vietnamese boat people in the 1970s, says Murphy.  San Diego County takes in 3 to 4 percent of  all the refugees accepted into the U.S. each year.

“Globally, 65 million people have been displaced,” said Murphy.   All were forced to flee their homelands due to war, persecution, or other dire circumstances. They cannot go home. Most are living in refugee camps, including many families with children.

The narrative tying refugees to terrorist acts in the U.S. is  "false" says Murphy, who notes the vetting process is extensive--and proven effective. Of the 800,000 refugees admitted to the U.S. since September 11, 2001, the l number of refugees who have committed terrorist acts here is zero.

The vast majority of terror acts in the U.S. have been committed by non-Muslims.  The couple of cases involving Muslims, such as in Boston and San Bernadino, were not refugees, but people who were born in the U.S. or came here by other means, without the several years of vetting that refugees undergo before they are admitted here (unlike in Euorpe, where some migrated without vetting.)

That’s in addition to the 90-day travel ban on people from 7 Muslim nations (Iran, Iraq, Libya, Somalia, Sudan, Syria,  and Yemen—an abrupt halt that also saw many legal residents from those nations with green cards detained at airports and in some cases, deported.  Multilple lawsuits have been filed challenging the order as unconstitutional, but for now,  Murphy offers this advice:

“The fabric of America is built upon refugees and  immigrants . We cannot forget that, and we should not abandon people in their hour of need,” says Murphy, who notes that many have lost family, businesses and homes, fleeing violence to start over and build new lives in America, long a beacon of hope for the world.

Anderson says that of all the refugees in the U.S., 44% of them have been tortured.  “There are 35,000 torture survivors in San Diego County,” she says.

Now, she reports, many of her clients who have endured terrible traumas are once again suffering due to Trump’s order.  Many are asking for added counseling services and are worried about their futures and the safety of family members who have not yet been able to join them in America.

restricting immigration. The National Origins Formula was an American system of immigration quotas, between 1921 and 1965, which restricted immigration on the basis of existing proportions of the population.--wiki