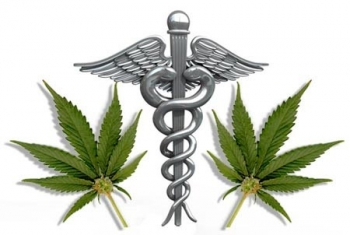 March 7, 2017 (La Mesa) - At its February 28 meeting, the La Mesa City Council spent over an hour learning about and discussing cannabis legislation, following a lengthy introduction by City Attorney Glenn Sabine who consulted a conditional Use Permit (CUP) process and cannabis taxing consultant.

You can stream the hour and twenty-one-minute discussion from the City of La Mesa’s website at http://www.cityoflamesa.com/CivicMedia?VID=73# February 28, 2017, minutes 26 to 1:47

The municipal code in La Mesa must be updated in order to comply with Measure U, which La Mesa voters approved to legalize medical marijuana dispensaries. The Council is in the process of updating the municipal code to create a Conditional Use Permit process for these.

Council members are also exercising their rights under California’s recently approved Proposition 64. The measure legalized recreational use of weed, but allows municipalities to ban recreational shops. They will not however interfere with deliveries from a licensed facility elsewhere to their residents.

The Council is in the process of creating a CUP process for approving prospective medical dispensaries within La Mesa.  Approval will be handled as a ministerial action and will be reviewed by the planning commission.  If someone appeals the planning commission decision, it will go to the Council for final decision.  This will require from the Council at least a 3-2 vote for each dispensary, in which absences have the same effect as a “no.”  Dispensaries must comply with being a certain distance from sensitive areas.

The Council also banned growing pot plants outdoors in La Mesa because they are concerned about abuses such as people hopping a fence to steal a cash crop.

Under California law, medical cannabis is not subject to sales tax. Thus, the Council is directing staff to come up with a weight tax or something else that will pass judicial muster to generate revenues.

Councilmember Kristine Alessio wants to require people who want to grow up to six plants to register in a City database or some sort of protection to keep plants away from children. Councilmember Colin Parent opposes such a registry and Councilmember Bill Baber opposes it unless he can be convinced, perhaps on fire risk, of such extreme regulation being necessary for six plants.

The City can regulate growing, but a license/registry/database of indoor pot plants seems unlikely, although the city already has two requests for them if it becomes necessary. La Mesa’s ban of outdoor growing gives the Council less room to regulate indoor growing if they are to keep consistent with the spirit of the voter approved law, which they all seem committed to doing.

The City Attorney informed the Council that they have the ability to regulate deliveries, but the Council was unanimous in opposing such regulation, although Councilmember Colin Parent appeared perhaps willing to do if that was everyone else’s requirement for opening up shops in La Mesa.

Alessio, perhaps the Councilmember most worried about normalization of use, said “delivery is clearly something that people should have the ability to have their dispensary or pharmacy to deliver to them.” She said it shouldn’t be a problem “If I go to the dispensary and I have a card and need to have it delivered the next day…”

Parent said, “I think saying no to deliveries and allowing dispensaries is fine,” but proceeded to find the common ground and Council consensus that mobile deliveries would be not be stopped in La Mesa unless they came from an unlicensed source or looked like an ice cream truck, to which everyone agreed.

Parent joined with the other four in voting to banning recreational marijuana, but said he thought it should be revisited later.

In other news, Council is accepting the lease termination from MacArthur Park and Sun Valley Golf Course management, and is looking for new ways to use the golf course.

The Council was unanimous in wanting keeping MacArthur Park and Sun Valley Golf Course open to the public, but perhaps not as a golf course, strengthening and perhaps broadening its appeal.

Consensus was to keep the disk golf open, and Parent wants to investigate dining options, to which Alessio quipped, “We don’t want to tell people that we’re taking the park and turning it into a giant restaurant.”

Mayor Mark Arapostathis then added, “or a giant helicopter pad, but we have to keep our options open.”

Since anyone can get a medical pot card from the crooked Doctors in the Reader does the LM City Council think they really did anything?