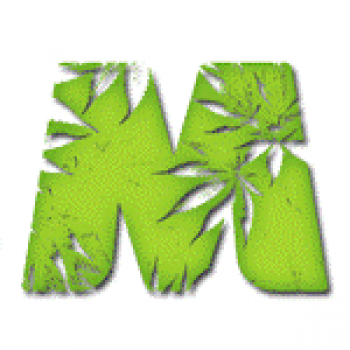 March 15, 2017 (San Diego’s East County) – The majority of voters in San Diego County, including most in unincorporated areas, voted to legalize recreational marijuana.  But instead of heeding voters wishes for more access to pot, San Diego Supervisors voted 3-2 on Tuesday to outlaw all marijuana sales in unincorporated areas, including medical marijuana.   (Licensed dispensaries already open and those approved for construction will have five years to shut down.) Supervisors also voted to outlaw all farming of marijuana and hemp.

Supervisors Dianne Jacob, Kristin Gaspar and Bill Horn voted for the ban.  Supervisors Ron Roberts and Greg Cox voted against the ban, with Roberts speaking up in favor of respecting the will of voters.

The ban was opposed by the San Diego Farm Bureau, medical marijuana patients, recreational pot advocates, and dispensary owners.  It was supported by anti-drug speakers and some rural residents.

The County’s own planning commission recommended against the ban and in favor of regulations to allow legal sales; Commissioner Bryan Woods attested that banning marijuana sales would lead to a black market with potentially harmful products.

But some rural planners felt different.  Patricia Riggs from Dehesa Valley Community Council urged the board to support the ban, stating, "We have enjoyed small-town living in a very caring community. "It has taken decades to educate the public about the unhealthy effects of smoking. Now we have the ugly head of marijuana rising up."

Lincoln Fish, owner of the Outliers Collective near Gillespie Field in El Cajon is unfair, the San Diego CW6 reports. “We played by the rule…and now you’re changing the game on us.” He says the ban will prevent access to safe products by patients.

Supervisor Jacob voiced concerns over impacts of marijuana on children, though sales to minors are prohibited.  She also contended that problems in Colorado and other areas where recreational marijuana has been legalized should be prevented by banning it here.

Ironically, Supervisors voted to outlaw pot, a potentially lucrative source of tax revenues, in the same meeting where they bemoaned a lack of funds to fix potholes and repair roads amid falling gas tax revenues.

In Washington state, from July 2014, when recreational marijuana was legalized, to July 2016 sales have exceeded $1 billion, bringing in over $250 million in state excise taxes.  The amount is getting higher each month, the Seattle Post Intelligencer reports.

Tax revenues from all marijuana sales in Oregon, Washington and Colorado now over $335 million a year, the Seattle Post Intelligencer reports.

Some counties have also found ways to boost local revenues.  In Pueblo County, Colorado, a 2% excise tax on all marijuana farmed has raised $425,000 that’s being used to pay for college for local students, officials announced in February.   The tax will go up 1% a year until 2021, helping students avoid debt while giving new meaning to the term higher education.

California residents will pay a 15% tax on sales of recreational marijuana starting in 2016, with revenues used to support communities that have been most harmed by the war on drugs.

Supervisor Jacob cited concerns over the fact that marijuana is still illegal at the federal level and whether the Trump administration could opt to enforce federal law.

However, Attorney General Jeff Sessions, appearing at a group of law enforcement officials this week in Virginia, told reporters that while he opposes all drug use, he believes much of the Obama administration’s guidelines that have backed off enforcement of marijuana in states that have legalized it are “valid.”  Specifically, he stated, “The Cole Memorandum set up some policies under President Obama’s Department of Justice about how cases should be selected in those states and what would be appropriate for federal prosecution, much of which I think is valid,” Huffington Post reports.

Sessions has previously made comments suggesting any enforcement efforts would likely target recreational pot, not medical cannabis in states where the latter is legal. Many of the states that have legalized marijuana have come out against a federal crackdown, citing the new revenues pouring into state coffers.

Hardest hit by the decision will be patients in rural, mountain and desert areas who will have to travel long distances to purchase medical marijuana – including patients with debilitating medical conditions such as cancer.

County Supervisors have a long history of fighting marijuana legalization. In 2006, the County sued rather than implement a new state law approved by voters legalizing medical marijuana. After losing on appeal, the County appealed to the State Supreme Court and ultimately the U.S. Supreme Court, which both refused to hear the County’s appeal.

Rudy Reyes, the worst burned survivor of the Cedar Fire, has been battling the county for more than a decade advocating for safe, legal access to medical marijuana which he has used to relief pain from burns and multiple surgeries.  He now teaches a cannabis certification course at San Diego State University.

Reyes told ECM that he views Supervisors’ decision to outlaw all cannabis sales as a violation of the state’s constitution, since Californians have voted for legalization of both medical and recreational marijuana, though the most recent ballot initiative does allow local jurisdictions to regulate or even ban recreational pot.

Reyes suggests a new lawsuit may be in the works. “They are forcing legal retaliation via citizens overturning their vote and wasting more money over their prejudices,” he says, adding that the County Supervisors have “a bad history of wasting our county resources on cannabis prejudices” and now “throwing away much needed business tax dollars that could be recovered by taxing cannabis sales.”

He predicts that the more the County seeks to restrict access to cannabis, “our community will gain strength and overcome.”

Supervisors will have a second reading of the ordinance at next Wednesday’s Supervisor meeting, which starts at 9 a.m.  The ban is set to take effect next month, though the three legally operating medical dispensaries and two more in the pipeline will be allowed to stay in business five years to recoup their investment.

Patients seeking medical marijuana will have to travel to cities such as La Mesa or Lemon Grove, where voters legalized medical cannabis dispensaries and city councils have moved to respect the will of voters and establish regulations for lawful operation of such clinics.   County residents who want to use weed recreationally can grow their own; up to six plants per household are allowed by the new state law. However, some places, such as El Cajon, have restricted growing to indoors only.  Landlords may ban growing, leaving some would-be recreational pot users left without options to grow or buy recreational pot legally.

Those seeking access may also stake hopes on the next two elections.   Two will be termed out in 2018 and two more in 2020. Gaspar, the only Supervisors who won’t be termed out before the ban takes effect, could face a challenge in her reelection race from a proponent of legal access.

The marijuana industry is rumored to be planning a ballot initiative to require the county to allow legal sales of medical and recreational marijuana, as well as agricultural growing of crops.

The ranks of voters willing to require the county to allow farming and sales of marijuana could well include not only medical and recreational marijuana users, but other citizens supportive of pot tax revenues to fund priorities such as filling potholes.

... good for them and good for us. If you want to be a Pot Head move to Colorado. People who passed the recent proposition have had no experience with people ADDICTED to Pot. If they did they would not have passed the proposition.

Marijuana use can be problematic but only rarely leads to addiction. Like wine. (Pass the glass.)

... who support the ban. When you got home or went out to dinner after the meeting, did you have an alcoholic beverage? Just asking.

just ask them, over a glass of wine. We may consider ourselves supervised.