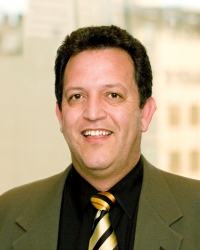 August 15, 2017 (San Diego) – Gary Gallegos, executive director of the San Diego Association of Governments (SANDAG) has asked the board on Friday to approve his immediate resignation.  The request follows revelations that SANDAG misled voters  on projected revenues of Measure A,  as well as allegations raised by Voice of San Diego (VOSD) that staff did not disclose key facts to SANDAG directors, and that agency leadership ordered staff to hide evidence by deleting emails and hiding documents, a lengthy VOSD investigative series reported.

Some of those points are disputed, however, by SANDAG member Jerry Jones, a Lemon Grove Councilmember.

In an email to ECM, Jones calls the VOSD report "propaganda at best and closer to fake news." He adds, that he asked the special investigator "if in their investigation was there any evidence that there was a pattern to deceive the public on projections for Measure A. Their answer was no. The report made it clear that there was a different of opinion among the staff and poor judgement leading up to the election but no smoking gun."

Jones, who has only been on SANDAG's board since February, said he also asked if after reviewing a hidden server's contents, "did they believe there were documents deleted and was it worthwhile for the board to commission a forensic investigation into what and who deleted documents.  Their answer was that they believed everyone was sincere in their answers and telling the truth. They did not believe a forensic investigation was necessary and they had not made that recommendation in the report."

He adds that the special investigator indidicated there was "no evidence" that management  ordered staff to delete email.  "There was a case of poor judgement when they had a meeting to reaffirm with staff what could and could not be deleted under the law," according to Jones, who says documents were simply centralized in a single location. But he noted that the board has authorized a forensic investigation into that server and file (Hana Tools).  "Action and consequences are still a possibility," said Jones.

The scandal resulted in the state Legislature weighing a bill to reorganize SANDAG, require outside financial oversight.  That measure, AB 805, has drawn sharp criticism in some quarters as a power grab of its own, since the measure by San Diego Assemblywoman Lorena Gonzalez also shifts power away from smaller cities including those in East County and gives the cities of San Diego and Chula Vista majority control of the board.

In his letter, Gallegos says it is with a “heavy heart” that he reached the decision to resign, but that “The  region is facing change and that change is going to require new leadership to build consensus and position  San Diego to take advantage of future opportunities.”

SANDAG Chair Roberts issued a notice stating that since joining SANDAG in 2001, Gallegos has “built consensus among a diverse regional board to deliver what for San Diego County is an unparalleled list of transportation projects, both completed and in the works,” which Roberts calls an “amazing legacy.” Those projects range from trolley extensions with stops on the region’s two largest college campuses to managed lanes on Interstate 15, bicycle and pedestrian projects, the Sprinter train and significant binational improvements.

But Roberts acknowledges, “Given SANDAG’s necessary focus on fixing a broken financial forecasting model, and for future boards to coalesce behind a public funding strategy critical to our region’s prosperity and transportation future, Gary’s early departure will jump start the discussion on what type of executive director the full SANDAG board would like going forward, and the national search for candidates that will result."

Jones  suggests that Chair Ron Roberts should join Gallegos in resigning and "let the agency get on with making the necessary reforms and moving forward." He believes Gallegos' replacement should be an outsider, not an insider, though reform also needs to happen from within in his view.

Before joining Caltrans, Gallegos previously headed up Caltrans District 11 in the San Diego region, according to a notice on SANDAG’s site which praises Gallegos but makes no mention of the scandal.

No one should think that my view of the "hidden" server called Hana Tools is a dismissive one. The potential there is serious and still under investigation. When the special report was present to the board they voted to initiate a forensic investigation to determine if documents were deleted and by who. When I asked the special investigator if from their investigation they believed that a forensic investigation was worthwhile their reply was no. The board and myself rightfully thought different and took action to engage an outside forensic investigation to clear up any questions. In doing some research on my own I found that a central server for draft documents of this type are not an unusual thing for a large organization. There is nothing "simple" about any of this and the timing of this server's creation raises questions that need to be answered. Jerry Jones