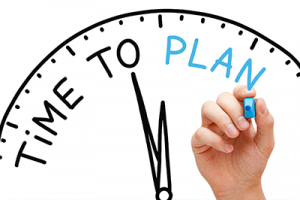 April 20, 2018 (San Diego) – The County Grand Jury has released a report  recommending that the city of San Diego consider consolidating some of  its 43 community planning groups and develop policies to increase diversity in the groups.

The report applies only to planning groups in the city of San Diego, not the County’s unincorporated areas.  But there are some common issues, and if the city opts to follow the Grand Jury’s recommendations, similar actions could potentially be sought on County planning groups, so the issue merits scrutiny.

Planning group decisions are advisory, with the city’s planning department making decisions that can ultimately be approved or overturned by the City Council.

The Grand Jury’s investigation arose after a citizen alleged that planning groups delayed some hearings in order to restrict growth.  But the Grand Jury found that delays are often due instead to a shortage of members in planning groups, which in term it found to be symptomatic of low interest among community members.

“In communities that have little development activity, interest in CPG membership is often low. This inactivity makes it difficult to attain and maintain membership numbers and a diverse membership,” the report states, adding, “To address these issues, the city and the CPGs need to increase awareness of the importance of membership diversity.”

But some delays are due to inexperience planning group members lacking knowledge about policies and development procedures, so the Grand Jury also suggested that the city’s planning department send staff to attend meetings more often to address disagreements between planning groups and developers. Under the current system, such disagreements usually result in delays while the issue is submitted to the city’s planning department for guidance.

But consolidation could potentially create new problems, while solving others.  The whole point of having neighborhood planning groups is to retain local control over development decisions. The larger the area of responsibility becomes, the potential rises for a planning group majority from one neighborhood to approve a project that might have negative consequences in another neighborhood, for example. There’s also the question of whether planning group members of members of the public would speak as freely if a city staffer were monitoring the proceedings.

The goal of fostering diversity is worthy, but making sure elected or appointment members have competence and proper training on planning-related issues is also an important factor.

The City Council has 90 days, by law, to respond to the Grand Jury’s report.

California, the June 5th Primary is critical and these extremists must be voted out! "Top Two" system is critical in the primaries! Regardless of the candidate or voter’s party affiliations, “top-two” primary has been implemented in California as fewer and fewer voters participate in primary elections nationwide. This fact, coupled with the reality that over 90% of our representatives are de facto elected during the PRIMARY STAGE of the election! VOTE IN THE PRIMARY AND VOTE+DEM+ALL+OUT, taking back California in 2018!

You cannot vote the grand jurors out. Jurors serve one year term and are selected from a cross-section of the population.  Why are you rambling about primary elections in a story that has nothing to do with elected officials?  Please keep comments on target for topics of stories, readers.

The term "diversity"  means being inclusive of all people regardless of their race, ethnicity, religion, gender etc.  If people object to diversity, as a general matter, that sounds like you want to exclude some people from decision making positions. What's wrong with giving everyone an equal opportunity in our society?

That said, on planning groups diversity is not the only factor that should be considered.  Knowledge of planning matters is important, as is avoiding conflicts of interest, which is often an issue in local community planning groups where, say, developers or real estate interests may seek to influence outcomes.

That, coupled with your weird ramblings about how "THE LEFT IS EVIL REEEEEEE" is...freaking me out.  Please stop.