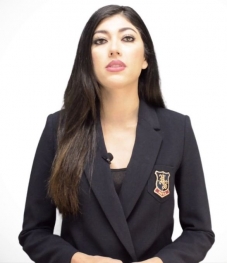 Jessica Kalasho was scheduled to appear on Friday morning at a judgement debtor’s conference in San Diego Superior Court, however she was a no-show--much to the dismay of presiding Judge Timothy B. Taylor and attorney Jimmie Parker. Parker is representing three contestants who participated in a beauty pageant put on by the Kalashos in 2017 and the owners of an El Cajon taco shop. Plaintiffs allege sexual harassment, fraud and defamation by the Kalashos. 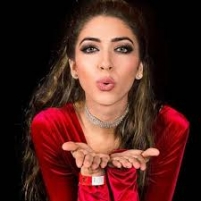 alasho jointly operates the MIss MIddle East Beauty Pageant and the Middle Eastern Chamber of Commerce, along with her husband. (photos, left: Jessica Kalasho, glamour shot and pensive moment during recent Council meeting as citizens called for her husband's resignation)

During the court proceedings, at the instigation of Parker, Taylor issued a bench warrant for Jessica Kalasho’s arrest. (A bench warrant is a written court order commonly issued by a judge when an individual fails to follow the rules of the court or fails to comply with a court order. It differs from an “arrest warrant” which is used when a police officer has reason to believe an individual has committed a crime; the officer can obtain an arrest warrant once sufficient evidence has been gathered and probable cause established.)

San Diego Sheriff Deputies are not actively seeking out Kalasho for arrest, but she could well be arrested on-the-spot if she is stopped for a traffic violation or is present at any public function, including the El Cajon City Council Chamber where she is usually seen during Council sessions. Should she be taken into custody by the County, Kalasho’s bail would be $500, as ordered by Taylor. 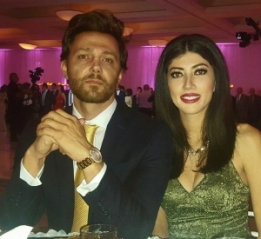 The Kalashos do not have an attorney of record and are in the process of suing their former attorney, Stephen Joseph Liosi, alleging malpractice they say caused them to bear the brunt of a $40,000 judgement won by

attorney Lina Charry who was defamed by the Kalashos. (Charry has sued Kalasho five times and won all of her cases against him.)

Both Kalashos openly taunted law enforcement authorities on Friday evening at about 5 p.m. when they published a post with a picture of themselves on Facebook asking their friends and followers, “We are hungry. Recommendations?” ten hours after Jessica was to have been in court.

Some of the commenters mocked the post. One wrote, “Try Three Hots And A Cot downtown. They're on Front Street” (where the county jail is located). Another responded, "According to news reports (and we know the news is never wrong) Los Colinas,” along with a picture of prisoners in prison stripes receiving food in a cafeteria--as well as an animation clip of a dance sequence from Elvis Presley’s movie, Jailhouse Rock. The posts were removed, apparently by Ben Kalasho, by Saturday morning.

The hearing on Friday where Jessica Kalasho was expected to appear is a proceeding in which a defendant is questioned about personal assets. It was spurred on by the allegation that the Kalashos have filed false mortgage documents in order to hide assets to avoid paying a judgement, should one be ordered after a trial verdict. It is alleged that they have over $1 million in assets with two homes in El Cajon’s Fletcher Hills and Santee.

One of the filings questioned by Parker is a document in which the Kalashos  recorded a $500,000 loan taken out against his El Cajon residence. The record, legally known as a “Deed Of Trust” and “Assignment Of Rents,” lists the lender of the loan as “Israel Moses Sieff LLC (Nevis).” The San Diego Union-Tribune’s investigation of numerous websites cited “Moses Sieff” as a male individual who was born in Manchester, England in 1889 and died in 1972. An extensive background search of California Secretary of State records by the newspaper found no such individual or firm registered in the State of California, and the UT’s search of two national databases of incorporated entities did not result in any hits.

East County Magazine has learned that the San Diego County District Attorney is in the midst of investigating the real estate claim and may be close to filing a case against the Kalashos in the near future.

Ben Kalasho was subject to a debtor’s examination two weeks ago, but he did not fully cooperate with Parker’s questioning. Taylor threatened to send Kalasho to jail during the proceeding and issued a contempt of court order which he later vacated.

A local attorney who is also a plaintiff in the case against the Kalashos, Lina Charry, said, “He was evasive and non-responsive. He is in contempt of court because he refused to abide by the subpoena and did not produce the records which were part of the order.”

In an impromptu press conference in front of local television station cameras after the court hearing, Parker said, “We are mostly looking forward to a jury trial. The evidence is overwhelming.” Parker cited Kalasho’s alleged use of Internet Protocol aliases and use of fake social media accounts to defame those not wishing to support his 2016 City Council campaign. “In retaliation, using social media, is against the principles of a free democracy and is despicable behavior of a public official,” he said.

Although Ben Kalasho pleaded guilty to two counts of violating California Workers Compensation laws in 2015 and accepted a plea deal which garnered him monetary fines and probation until October 1, 2018, Charry on Friday accused him of continuing to violate worker’s compensations laws in connection with a car wash she says the Kalashos own on Mission Gorge Road in Santee, formerly called “GO Car Wash” but recently renamed, “Car Wash Caffe.”

Ben Kalasho was not required to attend Friday’s hearing, however, the plaintiffs’ attorneys have said that they plan to ask the judge to order him to appear in an arraignment in the next two weeks in what one of the attorneys referred to as a “quasi-criminal” civil case.

Because both Kalashos have declared themselves as indigent, Parker is expected to call for them to be represented by a public defender. At that time, the attorneys will call for him to be arrested, which would then cancel his probation judgement in connection with a felony-reduced-to-misdemeanor of a violation of California State Worker’s Compensation laws which requires him to “violate no laws.”

Should Ben Kalasho be remanded into custody in two weeks, he faces yet another challenge as a member of the El Cajon City Council: if he misses three consecutive meetings, he would face expulsion from the City Co 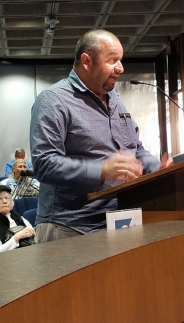 uncil, and he was a no-show at the last meeting of the city council on August 24th. It could also collapse his campaign against fellow City Council member Gary Kendrick, as voters learn more about Kalasho's legal and ethical scandals. His candidacy already lacks support from either political party; Kalasho quit the Democratic Party last month after drawing criticism from some prominent Democrats. He is now registered with no party affiliation.

Lane’s lawsuit comes on the heels of a May ruling that a New York Federal judge ruled in connection with a case involving President Donald J. Trump and White House Social Media Director Anthony Scavino. It was determined that public officials deleting negative social media posts by constituents or electronically blocking dissenting voices is a violation of the First Amendment which amounts to “viewpoint discrimination.”

On August 16th and 21st, the Kalashos advertised their “Fifth Annual Royals Masquerade” homeless veterans gift card party at the Horton Grand Hotel on Facebook and Twitter. It remains to be seen, however, in light of their latest travails, whether the event will take place at all as it will cause both of them to 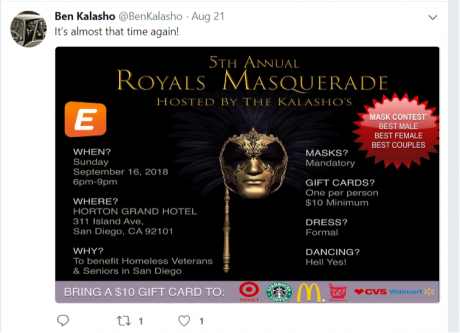 be exposed at a public event.

Charry also said that as of Friday, plaintiffs’ lawyers have issued a significant number of subpoenas to known associates of the Kalashos, including Ben Kalasho’s parents who live in Rancho San Diego, in order to bolster their case against the couple alleging that they are hiding significant assets.

Kalasho has repeatedly stated that he does not wish to be contacted by East County Magazine or by the San Diego Union-Tribune, which he has dismissed as “fake media” despite numerous prominent journalism awards won by both news organizations, including ECM reporter Paul Kruze and editor Miriam Raftery receiving the San Diego Society for Professional Journalists’ prestigious Gloria Penner award for political reporting for coverage of Kalasho’s threats against plaintiffs in the civil suit, media, and others.

Bessmon Kalasho and his wife own real estate valued at $1 million, they own and operate a car wash, they own and operate a for profit chamber of commerce, they own and operate a for profit beauty pageant, he offered $25,000 to anyone who would run against La Mesa City Councilmember Kristine Alessio, he posed for and published images of him with his vintage Mercedes and egotistically bragged about his successes while wearing his “three piece suit”, and he/they claim to be indigent so taxpayers can foot the legal bill(s) for his long list of legal troubles he/they voluntarily stepped into? One can only hope this, his latest lie, is exposed and he is prosecuted for lying to the court.

Couples that both have personality disorders are doubly difficult.