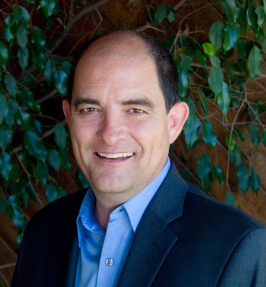 La Mesa voters in 2016 approved a ballot measure, Prop U, allowing sale of medical marijuana in the city, but not recreational. (Prop 64 legalized use of recreational marijuana statewide, but left sales and growing regulations up to each city or jurisdiction to legalize, or not.)

Prop V would apply to medical marijuana and also recreational, but only if voters or the city council  legalize recreational adult use cannabis sales in the future.

Baber sees several reasons for the Council to adopt a recreational marijuana ordinance.

The city is being sued due to vague language in Prop U, which prohibits dispensaries near child-based businesses. Council and staff disagreed on what constituted a child-based business and denied an application near a business that provides some services to minors, but only after the applicant had invested significant funds moving the project through the process in the belief that the site was acceptable.

“Under California law, when an initiative comes in, the Council can’t fix or change it,” says Baber.  “I love initiatives because they allow the people to supersede the elected officials and take control. That’s good. The downside is, it’s a one-time written document and you can’t change it.”  By contrast, if Council adopts its own ordinance, it would be able to adopt appropriate language and amend it if needed.

“If you don’t take the bull by the horn and regulate it, someone else will,” he notes.

The issue of marijuana reforms crosses party lines. Baber, a Republican, notes that views of Libertarians and liberals concur when it comes to deregulating cananbis for adult use.

Asked about addressing cconcerns of those who don't want kids to have acces to marijuana, Baber says the medicinal ordinance requires 1,000 feet from sensitive uses such as schools, youth-oriented facilities or churches. He envisions something similar for a recreational ordinance with perhaps additional sensitive uses. “This is a type of business like a bar or a smoke shop that doesn’t belong in every neighborhood.” The city’s first legal dispensary is in an industrial zoned area near wineries and breweries, he notes.

New state regulations that kicked in this summer provide for safety and purity testing of marijuana projects.

“A regulated, well run, clean environment will be much better than the shady places,” Baber believes.

Progressive action taken by an open minded council member who actually listens to what The People want. Hope it passes. The city of El Cajon mayor and council members ideas are archaic at times, because they refuse to consider legalized cannabis smoking and sales. Interestingly though, there appears to be little or no enforcement of the public no smoking ordinance in El Cajon. Smokers 'sharing' their habit with anyone passing by, cigarette butts litter the ground Everywhere, and smokers are still getting defiant when asked to go puff somewhere else. If recreational marijuana use ever becomes legal in El Cajon, I wonder how that will be regulated and enforced. No I'm not against legalizing recreational use of cannabis, but there needs to be rules and plain old common courtesy. Same as tobacco use. Respect toward others goes a long way. I and many others do not wish to inhale second hand smoke.

Bill for your level headed, freedom based approach to this question.

Hopefully other Council members will follow suit in your endeavor to legalize legal marijuana in La mesa.