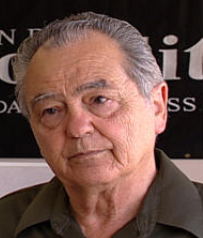 October 22, 2018 (San Diego) -- Finding myself voting against Republican Party candidates in the November 2018 mid-term election is one of my life’s saddest decisions.

I became a Republican at heart at the age of 12, on finding that my dad was supporting Dwight Eisenhower for President. Since he had never spoken on the subject, the obvious question was – Why hadn’t you said something? He answered, because Democrats had held the Presidency since before he was able to vote.

Due in large part on my love and respect for my dad, I was a loyal and dedicated Republican. Not only voting the Republican ticket, but supporting at local precincts volunteering for door-to-door campaigning, manning telephone banks, speaking at clubs and chambers, writing commentaries and opinion articles, etc.

My heart was broken with the Richard Nixon debacle. I was such a loyal and ardent believer, standing for him until the inevitable truth could no longer be ignored. But then came Ford setting the stage for the election of Ronald Reagan, who in my opinion is second only to Abraham Lincoln as the greatest President in our nation’s history.

Starting in the 1990s, I began to fear the Party was taking a wrong turn, as more and more extreme voices began to infiltrate, taking positions of importance and elected to the House and Senate plus in many state legislative offices and dominated the media airwaves.

It became difficult to understand why the verbal assaults against minorities, civil rights, freedom of speech, women’s rights, religious intolerance, and attempts to prevent voting for opposition candidates through legislation and gerrymandering.

The GOP’s history since Abraham Lincoln, the first Republican President, championing anti-slavery, fighting for civil-rights, defending the Constitution, freedom of all religions, women’s rights, sensible immigration policy, mockery of these basic principles began to take center stage within the Party, accompanied by the deafening silence from the Party’s leadership.

In 2016 came the candidacy of Donald Trump which at first, the GOP leadership dismissed as a bad joke that has since, turned into the Party’s and the nation’s worst nightmare.

As candidate he told the nation that he and he alone could solve all the nation’s problems; that he knows more than all the U.S. generals so would resolve the Middle East continual problem within the first 100 days of becoming president; his most famous promise that Mexico would pay for a huge wall all along the mutual border that would keep out Mexican criminals and rapists along with drug trafficking and terrorists.

Trump entered the White House as the 45th President and has since done much to harm the nation on his quest to gain dictatorial power. He relentlessly attacks the Constitution through his ruthless attacks on the press pushing for its downfall. Through his favorite mode of communication, Twitter, he demeans his opponents and anyone who calls him to task for his behavior or policies, attempting through intimidation to silence opposition. He befriends and so announces, that Russia’s President Putin is his friend, and repeatedly calls accusation by all the Nation’s intelligence agencies that Russia has attacked us through Cyber War to help him win the presidency as false and media reports on the subject as “fake news.”

The crime against humanity separating children from their parents for the non-crime of seeking asylum, and openly saying that he will have them returned to their parents once Congress allocates funds for his Mexico wall because Mexico is not paying for it.

His promise to “drain the swamp” of Washington’s corruption has instead seeing placing of highly corrupt officials and/or incompetent cabinet members.

His actions as President are under investigation as well as his former business deals and possible misuse of charity funds, plus potential tax fraud, as well as personal legal suits pending against him.

And through out all of this, the GOP high level elected officials in both the Senate and House, as well as the Republican National Committee remain silent and in fact, support and defend him.

I switched to Independent, and for the first time since I became eligible to vote in 1960 (age 21), will vote for Democrat office seekers, and implore other present or former Republicans to do the same.

It is the only hope the GOP has to come back at a future time to once again be the Party it deserves to be.

I do agree that the GOP has lost its respectability. Intellectualism, dignity, facts seem to have been replaced by strong-arm tactics and blatant corruption. I never understood why people cling to any party solely on the basis that some great great grandfather voted Republican and, therefore, "the whole family will vote that way until the end of time." Parties change. The GOP certainly has.
...will be for those seeking to defeat the socialist progressives.
We should not be so polarized. Our tribal politics, should be history. https://www.fairvote.org/

...will cancel your vote.