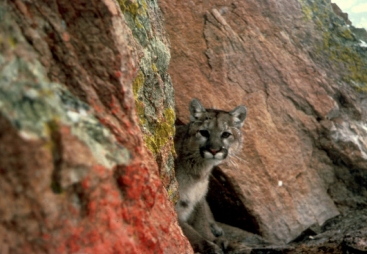 December 12, 2018 (La Mesa) -- A new state analysis has documented super-toxic rat poisons in more than 85 percent of tested mountain lions, bobcats and protected Pacific fishers, prompting state regulators to open a new evaluation of whether to further restrict or ban the powerful toxins.

The California Department of Pesticide Regulation’s analysis of 11 different wildlife studies indicates non-target animals continue to be poisoned in large numbers despite state restrictions on the sale and use of the deadliest rodenticides since 2014. The long-lasting super toxins often poison non-target animals that eat poisoned rodents.

“This alarming new evidence should spur the state to ban these dangerous poisons,” said Jonathan Evans, legal director of the Center for Biological Diversity’s environmental health program. “There are safer, cheaper alternatives that greatly reduce risks to wildlife, pets and children. Pesticide regulators have no excuse for continuing to allow California’s wildlife to die slow, excruciating deaths.”

Four years ago the state limited the sale and use of the so-called super-toxic rat poisons — known as second-generation anti-coagulant rodenticides — to licensed applicators. But they are still allowed throughout the state for agricultural users and licensed pest-control operators.

The ongoing wildlife poisonings and legal pressure from wildlife advocates prompted the Department of Pesticide Regulation to open a reevaluation of the powerful rodenticides. As part of the assessment, the public can submit comments through Jan. 16.

Along with the high percentage of poisoning among tested mountain lions, fishers and bobcats, the re-evaluation analysis documented the potent rat toxins in seven out of ten endangered northern spotted owls tested and 40 percent of tested barred owls.

In addition, research included in the analysis suggested that anticoagulant rodenticides are associated with the often-deadly mange, a malady that can result in population level harms to bobcats.

The harm caused by the super-toxic second generation anticoagulant rodenticides in California is well documented. More than 70 percent of wildlife tested in California in recent years has been exposed to dangerous rodenticides. Officials have found poisonings in more than 25 different species of animals, including endangered wildlife such as the San Joaquin kit fox and Pacific fisher.

More than 4,400 children under age 6 were poisoned with the long-acting anticoagulant rodenticides in the United States in 2016, according to the American Association of Poison Control Centers. The Environmental Protection Agency has found that children in low-income families are disproportionately exposed to the poisons. Thousands of incidents of pets being poisoned by rodenticides have also been reported, many resulting in serious injury or death.

Effective affordable, alternatives to rat poison are available, according to the Center for Biological Diversity. These  include rodent-proofing of homes and farms by sealing cracks and crevices and eliminating food sources; providing owl boxes in rural areas to encourage natural predation; and using traps that don’t involve these highly toxic chemicals. For more information on nontoxic rodent control methods, visit SafeRodentControl.org.

This same type of mentality / denial is typical of those who say that the earth's climate is either not changing radically, or humans are not the direct cause of most of it. One has to wonder what kind of person moves to the country, then immediately exerts control and dominion over everything. Living with nature can be daunting for some, but unless we want a barren landscape devoid of other forms of life, then people must learn to adapt and coexist with all other species.
It is so easy to just drop a block of poison, but it needs to be banned, like DDT and all the damage it did. People hate Coyotes without realizing how much rodent/rabbit/squirrel control they do. The Raptors as well, who are also killed by poison. There are so many alternatives now, if people would do a better job of controlling their housekeeping on their properties and stop killing the Wildlife that is there to control the pests, we would not need poison. Rat X, snap traps, having an active Owl box, keeping things cleaned up and letting Predators do their job go a long way towards control, and has worked well for me. We will never eliminate pests, they play a part in the food chain as well. I have a neighbor that openly states she uses poison, so it is not surprising that I have found dead Barn Owls and many of the Coyotes around us have mange. So sad and unnecessary.