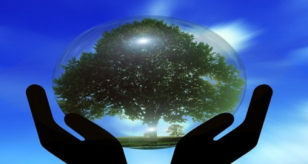 December 26, 2018 (San Diego) -- Today, Superior Court Judge Timothy Taylor found that the County of San Diego’s Climate Action Plan (CAP)  fails to achieve state goals for reducing greenhouse gas emissions.  In his decision, Judge Taylor ruled on behalf of the Sierra Club, finding that the County’s policy of allowing developers to offset emissions in locations outside of our region do not provide the required enforceable, verifiable and long-term emission reductions mandated.

The ruling could halt consideration of major housing projects in the pipeline, such as Newland Sierra,  unless the developers offer mitigation locally.

The court also found the remote offset provisions to be inconsistent with the County’s own General Plan, as well as violating the California Environmental Quality Act (CEQA). In a lengthy decision, Judge Taylor also found the policy was inadequate for other reasons, notably failing to analyze how facilitating developments in rural lands far from transit and often in high fire hazard zones could impact achievement of SANDAG’s regional plans for smart growth. The Court also faulted the County for failing to adequately respond to comments by the public about ways to reduce greenhouse gas emissions.

The Court directed the County to set aside its approval of the Climate Action Plan and Environmental Impact Report.  A permanent injunction was issued to prevent the approval of further developments that would require changes to the General Plan and would rely upon out-of-County offsets.

This decision was the latest in a series of defeats by the County and victories for the Sierra Club in challenges to the County’s CAP.

“We are extremely grateful for the Court’s comprehensive and well-reasoned decision,” he says, adding, “Unfortunately, despite losing in Court at every step of the way since 2012, the County has failed to provide the people of San Diego the type of effective and enforceable climate action plan it committed to, and which is sorely needed. As shown in the most recent climate change report from the UN’s International Panel on Climate Change, local governments play a critical role in addressing climate change and our planet will be in dire straits if we don’t dramatically reduce greenhouse gases.”

The Sierra Club attorney adds, “We hope that the County will finally accept this responsibility and work with the Sierra Club and other stakeholders to promptly prepare a truly effective and enforceable climate action plan.”

Petitioners that have joined with Sierra Club in its six year battle against the County include The Center for Biological Diversity, Cleveland National Forest Foundation, Climate Action Campaign, Endangered Habitats League, Environmental Center of San Diego and Preserve Wild Santee.

According to a press release issued by the Sierra Club, the environmental group supports development and affordable housing but only in areas that will not result in sprawl, increase traffic and air pollution. The Sierra Club also supports smart development near workplaces, transit, and in San Diego’s core urban area, such as the SDSU West proposal to expand San Diego State University and provide affordable housing adjacent to the trolley and other transit.

Thanks for the advice. I have spoken with quite a few neighbors, some of whom I know very well. Seems they too have issues with the toxic smoke odor, yet talking among one another is as far as it goes. Most people simply don't want to get involved to the level in which it takes to resolve certain issues - for whatever reason they have. Interesting you've had such negative / lack of response from animal control. I've had similar issues with El Cajon Animal Control in the past. Foe barking dogs, one must perform a lot of written, detailed documentation, then give that to ECAC in the vain hope a solution will be achieved. The other issues I've had was regarding aggressive dogs out walking with their owner - off leash, getting ugly with me a senior pedestrian. Animal control won't even respond to handle a snarling dog, baring it's teeth attempting to bite someone, while the owner is being a total jerk as I yell at him to "control your dog" and more words I cannot mention here. When I called ECAC reference the situation (El Cajon Police as well) nothing was done. Zero empathy from ECPD, and animal control's response was "what do you want us to do about it"? Ummm... do your job? City employees who's salary is paid for by us, the taxpayer. Go figure.

My neighbor has a dog that barks all the time, day or night. The next house has two barking dogs that are big so their barks are very loud. The neighbor's father lives in the house that shares the back fence so he's not gonna complain about his son's dog. I complained to Lemon Grove and was told there must be more complaints for them to take action. So try to get your neighbors involved by signing a complaint or getting on the schedule to speak at a city council meeting.

Finally, this is great news.
I've complained to the code enforcement staff in El Cajon and the San Diego county air pollution control district about the polluted, smoky air which envelops El Cajon on most nights, to no avail. It's gotten much worse since Golden Corral restaurant decided to "smoke" meat using natural hardwoods - all night long. Try breathing the heavy, nauseating, lung irritating odor nearly every night of the week. I was informed by El Cajon code enforcement that I'm not smelling the cooking meat / wood burning odor emanating from Golden Corral because I live a couple of blocks away. As if smoke doesn't travel very far? San Diego air pollution control is not remotely interested. The El Cajon city code basically states that complaints must come from numerous people for them to investigate and possibly act on a situation. For me it's an easy decision to deny a new smokehouse facility which will pour added pollutants into the air we all must breathe. Wood burning equates to added pollution. Pollution is hazardous to the health of all living things. I'm no expert, but it would seem to me that each city should be required to participate in pollution reduction. Ban the many things which are slowly killing us.