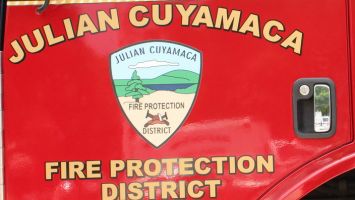 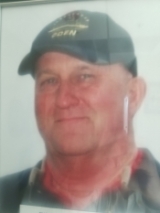 This was not the case a year ago, when a previous District Board of Directors and the Chief they hired were doing everything they could to dismantle Julian and Cuyamaca's firefighting capabilities. A new Board is now in place, and this Board and a new Chief (in a remarkably short period of time) have reinvigorated the department to the point where we now have over 60 firefighters in our ranks, eager to serve the community! The San Diego County Fire Authority (SDCFA) is offering only three, and sometimes possibly two, firefighters to protect our community. You don't need to be a rocket scientist to figure out that 60 is better than three. And the District will be starting another Fire Academy in the coming months that will add at least 20 more firefighters to our ranks.

Walker claims that the union "embraces volunteer reserves as supplemental personnel.” The President of the union (in Sacramento) recently described volunteers as a "necessary evil", in the absence of funding to pay more union firefighters. In its systematic campaign to replace volunteer fire departments, the County has often said it welcomes volunteers to remain after their departments are replaced. Yet, the facts tell a different story.

If I took as much space to refute Walker's claims as he did to write them, your eyes would gloss over and you would soon fall asleep. Suffice it to say that most of what Walker has said is simply not true. His litany seeks to convince you that his motives are purely altruistic and it is his deep concern for Julian and Cuyamaca that is what has motivated him and his union to become so deeply involved in the effort to disband our historic Fire District. The union has funded many full-page advertisements urging the community to support the elimination of our District. They have spent a small fortune on massive political signs that promote the "Yes" vote and are now ugly eyesores throughout our community. Do you believe that a union would spend thousands of dollars promoting an agenda just out of their concern and the kindness of their hearts?

So what's really in it for the union? The SDCFA would need to create at least nine full-time union positions to staff the Julian station. This would cost taxpayers more than a million dollars a year. Over a 20-year period it could generate $25,000,000 in funding for union members. Walker's supposed deep concern for our communities is simply a Trojan Horse.

Lastly, one of the main reasons that so many will be voting "No" on Measure A is the very, very long list of broken promises that the County made to rural communities when they did away with their volunteer departments.

Many years later the SDCFA is still struggling to adequately staff backcountry stations. And those communities, who once controlled their own fates, are now powerless and in many cases essentially abandoned. Decades ago the County provided fire services for the backcountry. Then they decided it cost too much and pulled out, leaving those communities in the lurch. This is why the JCFPD was founded 35 years ago.

There is absolutely nothing preventing the same thing from happening again. The County is even now in a serious budgetary crisis. Julian and Cuyamaca are perfectly capable of providing services far in excess of what the County "promises.”

A "No' vote on Measure A will settle this nonsense once and for all.

I belonged to SDFD Union for 27 years - forced intimidation - and it was a toothless tiger that could not strike or take work slowdown measures. The whole resistance and issues is from the "Union". Volunteer fire departments have been around for decades and quite effective. The Union would not be the voice that I would put much stock in. The voice should be "we the people".
It just confounds me that anyone would think by taking away a Fire Dept. that you could possibly be safer. Calfire will not go away no matter what. They have a responsibilities that can not be abandoned. One thing they do not acknowledge too loudly is that on major incidents they are using volunteers to fill in their ranks as they do not have enough firefighters to manage all that can be happening in CA at one time. All the prisoners fighting fires beside Calfire are volunteers, they do get a few dollars a day, but they volunteered to join the ranks and fight fire to learn a career and get out on the prison for a while. They need us but can not come to terms with it. We have been working together side by side for over thirty years and can do for the next thirty. Vote "NO" on Measure A